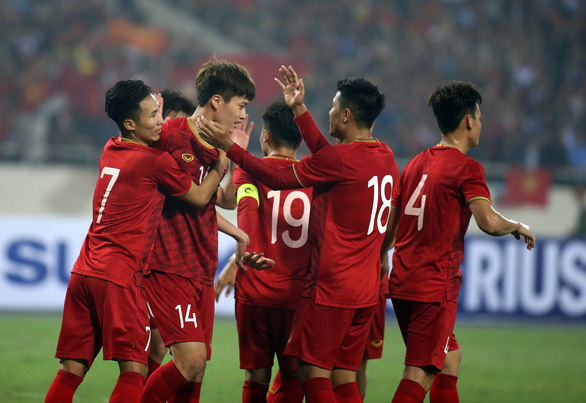 Vietnam will face hosts Thailand in the opener of the four-team 2019 King’s Cup on June 5, according to the results of a drawing held in Bangkok on Wednesday.

This year’s King’s Cup, the 47th edition of the event, will take place in the northeastern Thai province of Buriram from June 6 to 8, with four teams participating, including hosts Thailand, Vietnam, India, and Curacao – a replacement for El Salvador following the Central American country’s withdrawal.

The opening match between India and Curacao will also be held on June 5.

According to Tran Quoc Tuan, the vice-chairman of the Vietnam Football Federation (VFF), participation in King’s Cup 2019 is considered important preparation for Vietnam ahead of the 2022 FIFA World Cup qualifiers.

As the King’s Cup 2019 will take place within the FIFA International Match Calendar, the results of the Thai tournament will directly affect participating teams’ points on the FIFA World Rankings.

In addition, the Thai event is also an essential warm-up for Vietnam’s younger players who play for both the national and Under-22 squads to start their campaign for the 2019 Southeast Asian (SEA) Games in the Philippines in November this year.

Vietnam’s only showing at the King’s Cup was in 2006, when they finished second behind Thailand.