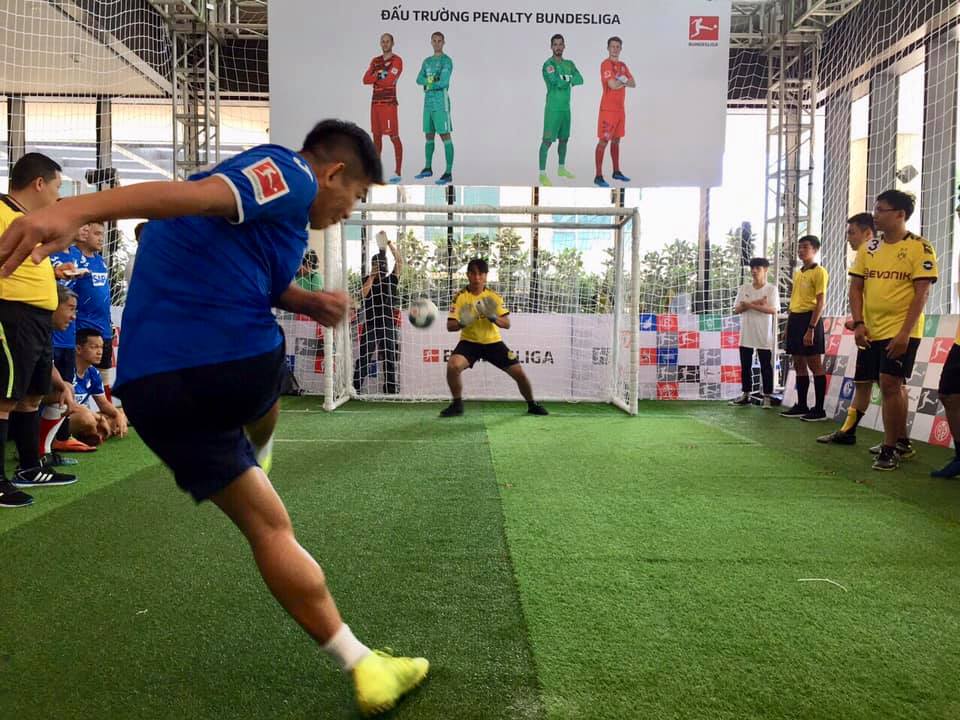 A penalty shootout competition, the first of its kind in Vietnam, found out the winners for an all-expense paid trip to Germany to watch a live Bundesliga match in Ho Chi Minh City on Saturday.

The 'Bundesliga Penalty Shootout' was co-organized by the German primary football league Bundesliga and the Delegation of German Chamber of Commerce in Vietnam.

A total of 16 teams of five players participated in the one-day competition at the Deutsches Haus Ho Chi Minh City in District 1.

The participants played against each other in a group stage round-robin format, with the top two teams of each of the four groups advancing to the quarterfinals and further stages of the contest.

“It’s a great opportunity to give local fans a taste of ‘Football As It’s Meant To Be,' a mantra we use to share the unique qualities of German football clubs such as fast-paced and modern football, passionate fans and packed stadiums,” said Kevin Sim, Bundesliga’s head of Asia Pacific.

After nine hours, a winning team and the first and second runners-up were determined.

The winners will jet off to Germany for an all-expense paid trip to watch a live Bundesliga match, while each of the other participants received an original Bundesliga club jersey even though their teams were eliminated.

In addition, all eight groups that advanced to the quarterfinals were given multiple souvenir gifts.

The contest also honored a goalkeeper among the contestants with the 'Golden Glove' award for keeping the most clean sheets.

The organizers invited Roman Weidenfeller, a former German footballer who played as goalkeeper for Bundesliga club Borussia Dortmund and the German national team, to present the awards to the top three finishers.

Before the awards presentation ceremony, the star goalie, who won the 2014 FIFA World Cup with Germany, also engaged in a short Q&A section with football fans coming to the event.

A live viewing party of the Bundesliga match between FC Schalke 04 and Borussia Dortmund taking place on Saturday night concluded the day-long event.