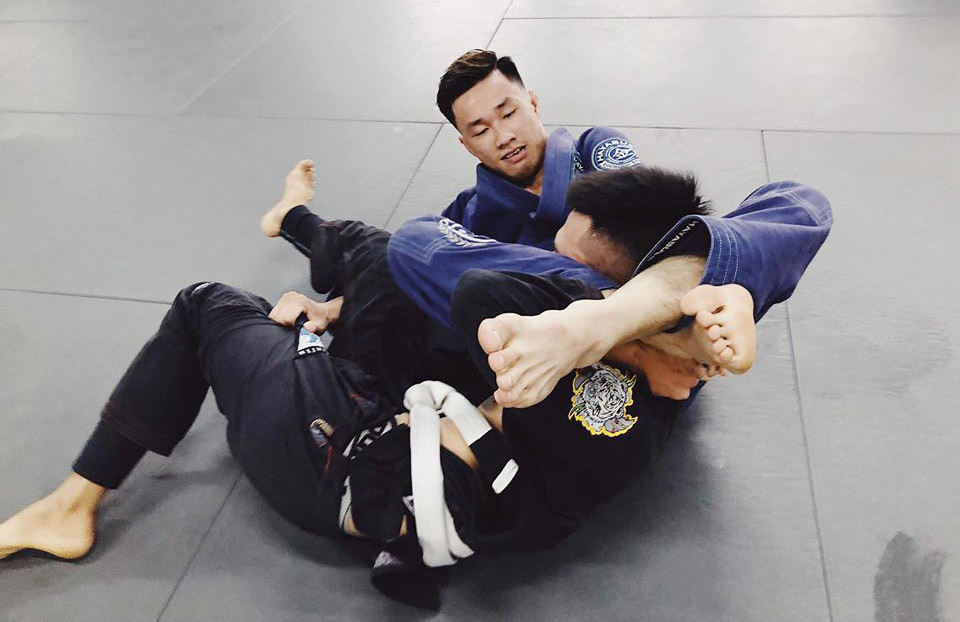 Four of Vietnam’s jiu-jitsukas at this year’s Southeast Asian (SEA) Games bring more to the table than a passion for the sport originating in Brazil, as they are also leaders in the country’s fitness, business, and restaurant industries.

A total of 856 athletes from Vietnam participated in the 2019 SEA Games held in the Philippines from November 30 to December 11, over 200 of whom competed in events funded by the private sector rather than the Vietnam Sports Administration.

Despite being among the group of sports not financed by the administration, Vietnam’s jiu-jitsu squad consisted of a relatively strong group of 11 jiu-jitsukas.

Of the 11, four lead a double life. While not trying to tap out opponents, Nguyen Cat Tung, Nguyen Ngoc Tu, Thu Huong, and Pham Tri Dung make a living in professions outside of sport.

According to Bui Dinh Tien, coach of Vietnam’s jiu-jitsu team at this year’s SEA Games, though these four might not be professional athletes, their ability to compete at such a high level is impressive.

Nguyen Cat Tung, a 23-year-old university graduate, was the youngest of the four amateur jiu-jitsu athletes who competed for Vietnam at the Games.

Tung, a full-time personal trainer and pet store owner, first took up jiu-jitsu as a means of staying fit.

“I used to train boxing and kick-boxing before switching to jiu-jitsu. I am 1.79 meters tall but weighed nearly 90 kilograms, so I just wanted to lose some weight,” Tung recalled.

“The martial art quickly became my passion. Unlike boxing, it helped me sharpen my patience and was a great stress reliever.”

Earlier this year, Tung won a gold medal in the men’s 77kg category at a national jiu-jitsu tournament and was asked to participate in the 2019 SEA Games, where Vietnam claimed 98 gold, 85 silver, and 105 bronze medals, ranking second behind the host and outdoing third-placed Thailand.

“The result was a complete surprise to me and my family,” Tung remarked.

Representing his hometown, the northern province of Ninh Binh, Tung was given a monthly stipend of VND15 million (US$650) to pay for his training and was sent to a 20-day training camp in South Korea.

Now that he is back from the Games, he is ready to return to life as a fitness trainer and entrepreneur.

An escape from the family business

Dung currently works for his family’s real estate company on Phu Quoc, a famous island off the southern province of Kien Giang.

He originally began training jiu-jitsu during the eight years he spent living with his family in Germany.

During that time, he had competed in several tournaments.

In 2016 he returned to Vietnam and, two years later, opened the Dung Pham BJJ in Hanoi to help spread his love of the sport to the local community.

“I wasn’t in my best shape during the 2019 SEA Games because I was so busy taking care of the family business and had only two weeks to prepare,” Dung shared.

He is planning to move to Ho Chi Minh City next year to give himself a chance to train full-time.

“I’m trying to persuade my family members, who want me to be a businessman, that jiu-jitsu is my lifelong dream.”

Nguyen Ngoc Tu, 29, is a professional chef at a vegan restaurant in the United States.

With her strong passion for jiu-jitsu, Tu decided to represent the southern province of Dong Nai on the Vietnamese squad at the 2019 SEA Games.

Although the monthly allowance of VND8 million ($346) did not cover the cost of her training in the U.S., Tu was able to put enough cash together to make it work.

Tu has spent several years practicing jiu-jitsu – a fact made obvious by the roughness of her hands.

“Jiu-jitsu gives me endurance, strength, and a fighting spirit like no other sport,” Tu stressed.

A lifelong sport enthusiast, 36-year-old Thu Huong has trained in just about everything, from boxing to yoga and gymnastics, but the jiu-jitsu mat is truly where she feels most at home.

Though she has only been training for two short years, her love for the sport is undeniable.

“Jiu-jitsu helps me stay level-headed and relieves my stress.”

In 2019, Tu won a gold medal at a national jiu-jitsu competition and a bronze medal at a Southeast Asian tournament.

“The 2019 SEA Games is the biggest sporting event that I have participated in. I am now aiming for the Asian championship and the UAE Open next year,” Tu stated.