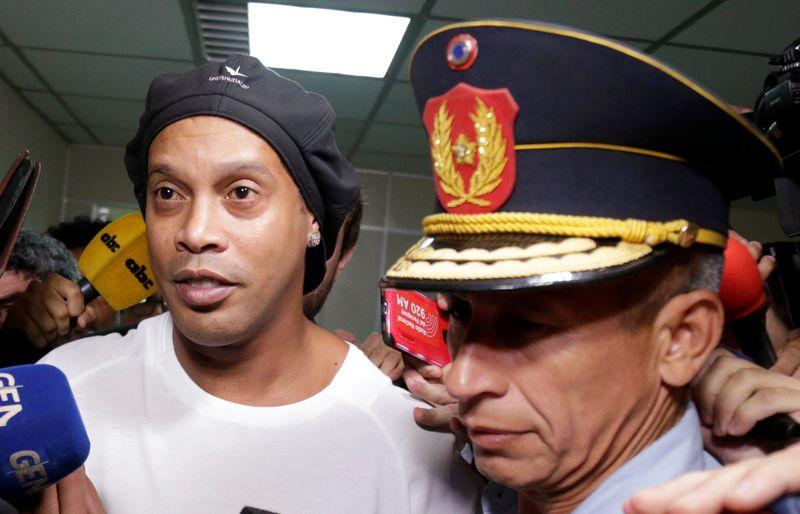 ASUNCION -- Former Brazilian international Ronaldinho Gaucho was ordered to remain in jail in Paraguay on Saturday after a judge ruled him a flight risk.

The ex-Barcelona forward was arrested on Friday for attempting to enter Paraguay with a false passport two days previously and spent Friday night in a police cell along with his brother and business manager Roberto Assis.

The duo had petitioned for release but judge Clara Ruiz Diaz said their alleged offence was a “serious one against the interests of the Paraguayan state”. Because the pair posed a flight risk they must remain in custody, she added.

Ronaldinho’s lawyer said he found the decision “incredible” and would appeal.