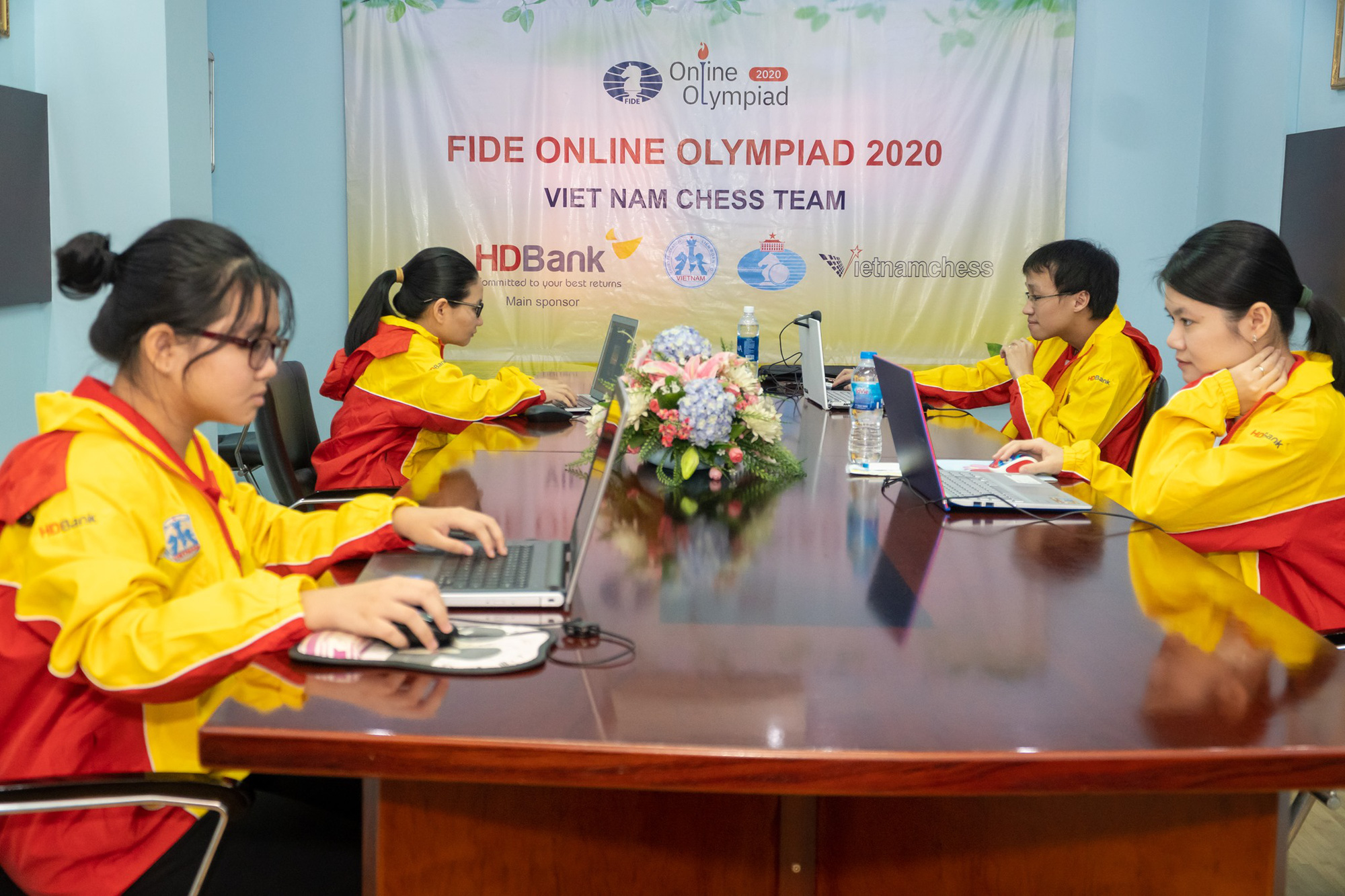 The Vietnamese chess team was eliminated early from the FIDE Online Olympiad 2020 on Sunday after getting a second-to-last-place finish in Pool A of the Top Division.

On Sunday, Vietnam lost 1.5-4.5 to defending champions China in the seventh game of Pool A.

The consecutive defeats clearly exhausted the Vietnamese players both mentally and physically, so it was not surprising to see the team suffering a 2-4 loss before Iran in the eighth game on Sunday.

At this point Vietnam was already effectively eliminated from the tournament, after having lost to India, Uzbekistan, Germany, Indonesia on Friday and Saturday while only securing wins against Mongolia and Georgia.

Vietnam’s ninth and final game against underdog Zimbabwe was only procedural.

Overall, Vietnam was ranked 9th out of ten teams in Pool A of the Top Division, above only Zimbabwe, with six points after three wins and six losses.

The FIDE Online Olympiad 2020 runs from July 25 to August 30 on the chess.com website with 163 teams and over 1,500 participants from all over the world.

According to the website, 223 grandmasters have signed up to compete in the tournament among over 1,000 titled players in total.

The online tournament was introduced for the first time as a major new competition by the International Chess Federation (FIDE) this year as the biennial Chess Olympiad had been postponed until 2021 due to the novel coronavirus disease (COVID-19) pandemic.