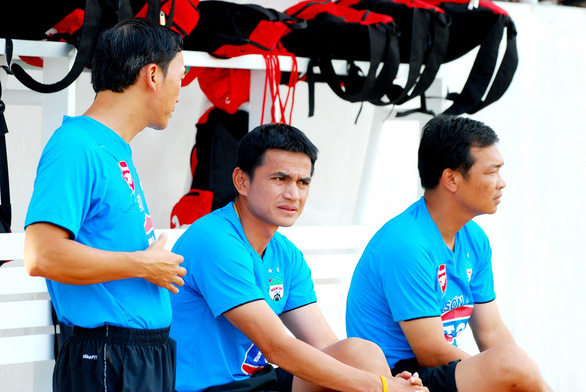 Kiatisuk Senamuang, a Thai football legend and hero at Vietnamese football club Hoang Anh Gia Lai (HAGL FC) during the 2000s, will return to Vietnam to take the helm at the club, their chairman confirmed last week.

The two sides completed the terms in their contract on the same day.

The Thai manager is expected to arrive in Vietnam on December 17, according to Duc.

The club, based in the Central Highlands province of Gia Lai, are working on procedures for the immigration, work permit, and quarantine of Kiatisuk as per Vietnamese regulations in the context of the ongoing COVID-19 pandemic.

Kiatisuk, 47, is a Thai football manager and a former footballer who played between 1989 and 2007.

During his eighteen-year career, Kiatisuk played as a striker and scored 251 goals in 339 appearances.

The former striker played for clubs in Malaysia, Singapore, England, and Vietnam, as well as in his homeland.

In Vietnam, he played for HAGL FC from 2000 to 2006, during which he helped the Vietnamese club win the country’s top-flight professional tournament V-League 1 in 2003 and 2004, right after their promotion from the second-tier V-League 2.

After retiring from playing in 2006, Kiatisuk went straight into management with HAGL FC before returning to Thailand in 2008.

His second spell as a head coach at HAGL FC in 2010 was not a success as the club finished the season in seventh place.

In December 2010, Kiatisuk returned to Thailand to continue his managing career.