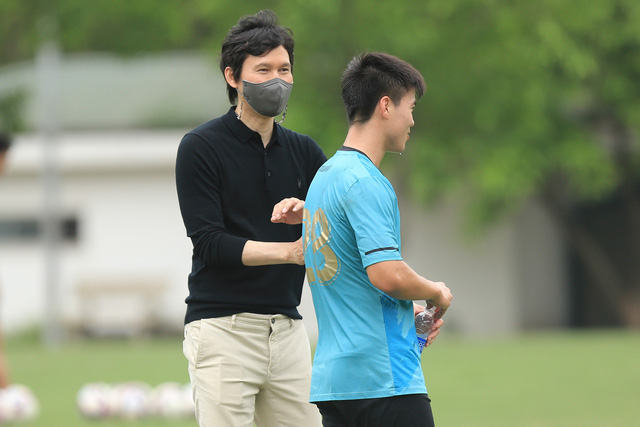 Park will officially start his managing role from Thursday to train Hanoi FC players for their match against Binh Dinh FC in the 11th round of Vietnam’s V-League 1 on April 28.

Park, 48, is a former national player who made six appearances for the South Korean team and took part in the 1996 Summer Olympic Games in Atlanta.

He started his coaching career in 2009, two years after retiring.

Before Hanoi FC, Park coached teams in China, including Tianjin Quanjan FC and Tianjin Tianhai FC, which once had Italy’s Fabio Cannavaro as manager and went bankrupt in May 2020.

Park finished his two-week quarantine in Vietnam on April 10.

This is the second time that Hanoi FC have changed managers this season after sacking Chu Dinh Nghiem and replacing him with former Vietnamese national team coach Hoang Van Phuc just this month.

The five-time V-League 1 champions have not been in good form this season with injuries and unstable performances from key players.

They are currently standing eighth in the league’s 14-team table, with 13 points after ten games, and are in danger of falling out of contention for the championship.

After 13 rounds, the V-League 1 will enter its second phase where only the top six teams will play each other for the crown.

The other eight teams will play each other to avoid relegation.

The new format has been adopted since last season after the COVID-19 crisis disrupted the tournament.