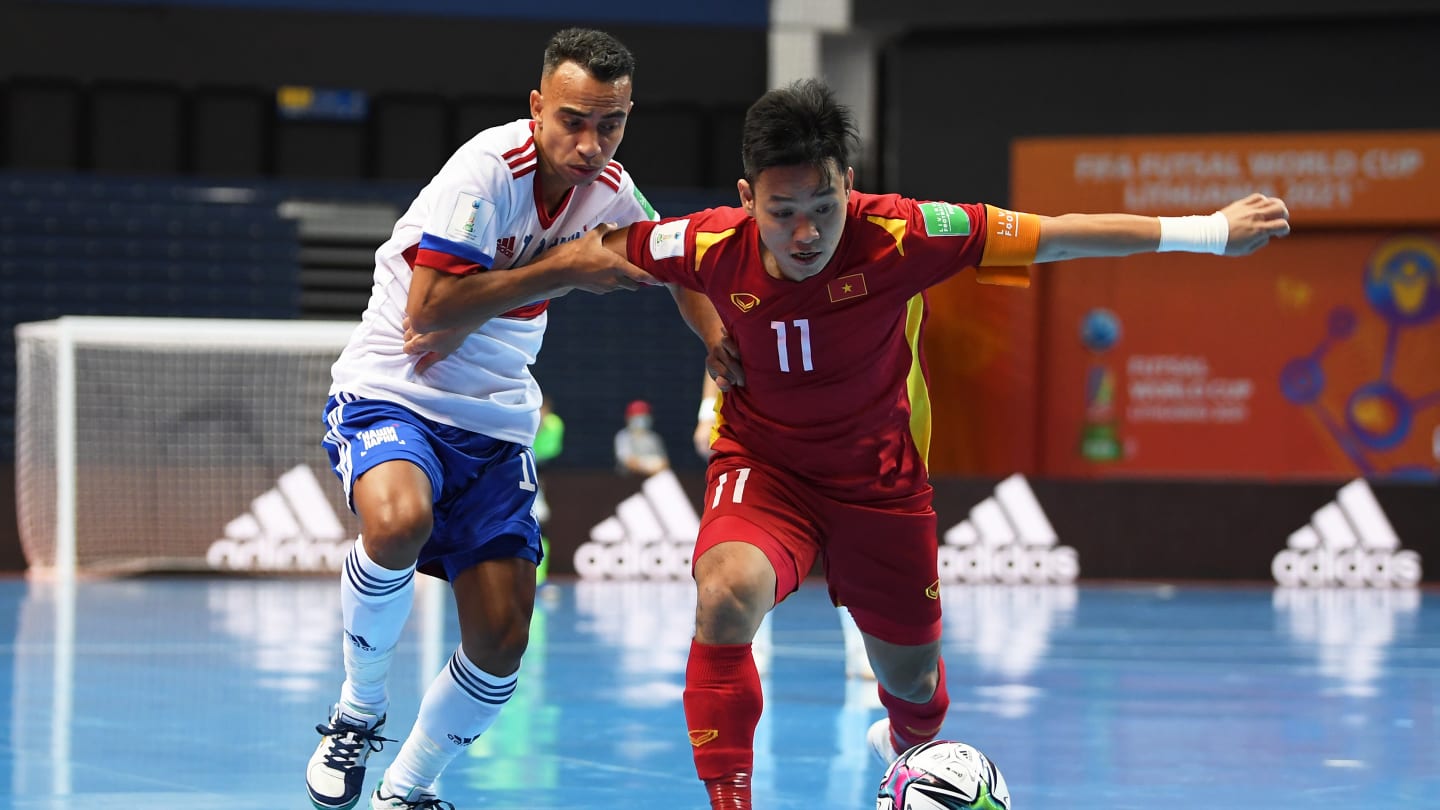 Vietnam’s valiant campaign at the FIFA Futsal World Cup Lithuania 2021 was ended by Russia as the European side advanced to the quarterfinals with a 3-2 win in their Round of 16 tie at Vilnius Arena on Wednesday.

The game showed Vietnam’s determination against a powerful Russia, who scored 17 goals for a perfect record of three wins in the group stage.

Russia started with class but struggled to find the back of the net against a defensive Vietnam in the opening minutes, with all of its 20 finishes blocked by Vietnamese keeper Ho Van Y.

In contrast, Vietnam had only one chance to score after a counterattack in the eighth minute but failed the attempt when Nguyen Van Hieu struck off target.

The Russians continued to press the Vietnamese defense and finally found a breakthrough in the 11th minute, when Andrei Afanasev set up Robinho.

Vietnam came close to scoring with efforts from Nhan Gia Hung and Dac Huy, but saw the gap extended by Ivan Chishkala’s challenging shot in the 18th minute.

Y also played his part in keeping the Southeast Asian side in the game for the remainder of the half.

Russia began the second half aggressively, with Chishkala, Afanasev, and Robinho causing numerous problems for Vietnam.

Their constant pressure paid off when Chishkala struck his third goal with ten minutes left.

Vietnam, vying to reach the quarterfinals for the first time, switched to power-play in the seven remaining minutes.

The Golden Stars eventually pulled another goal back through Pham Duc Hoa in the 38th minute.

However, Russia hung on to advance to a quarterfinal against the winners of Thursday’s Argentina-Paraguay showdown, ending Vietnam’s meritorious run at the tournament.

This is the second time that Vietnam have played in a FIFA Futsal World Cup tournament, following their participation in the 2016 edition in Colombia, where they were also eliminated by Russia.