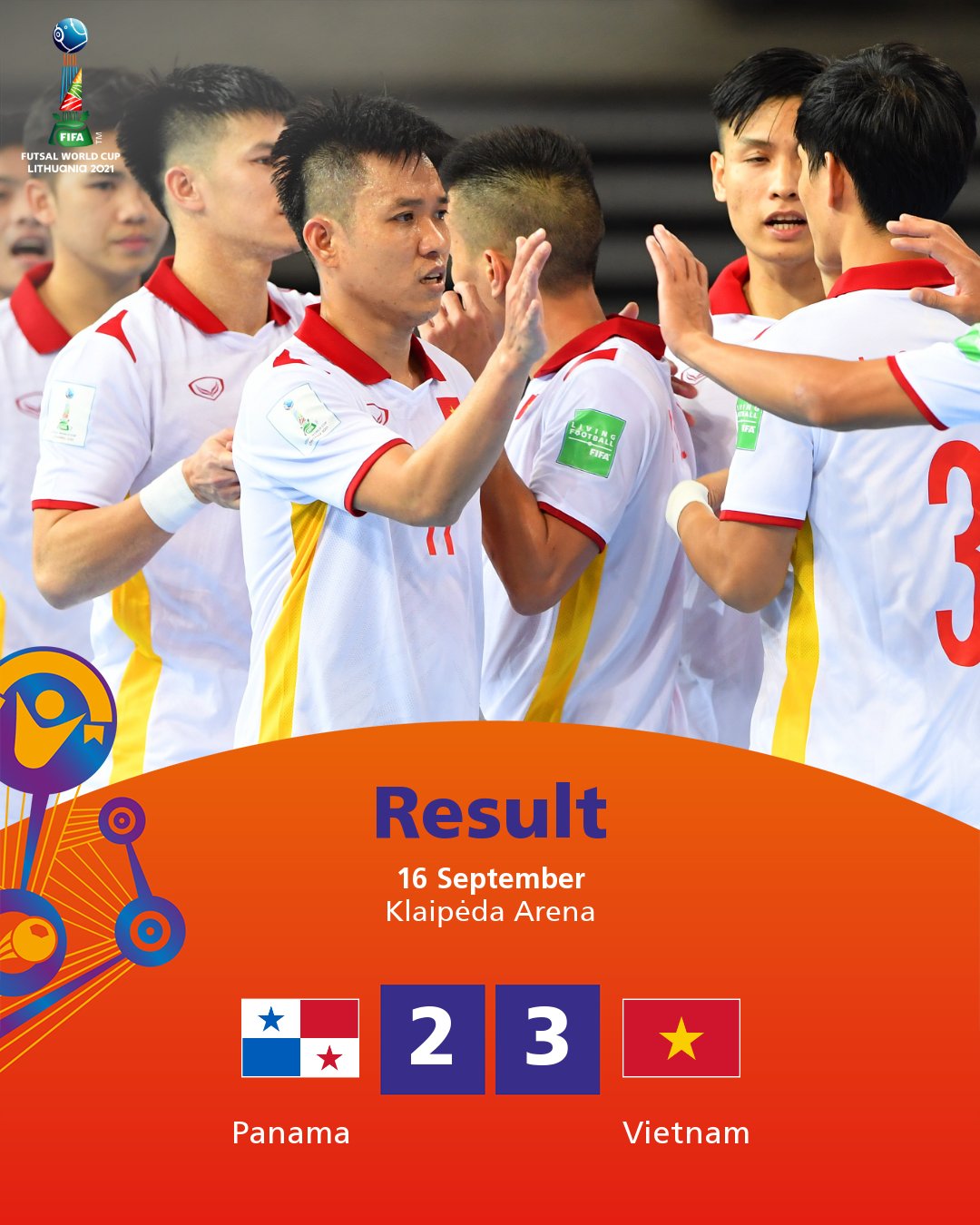 The goal scored by Vietnam’s midfielder Nguyen Van Hieu in their game against Panama won the most votes for the best at the FIFA Futsal World Cup Lithuania 2021.

After the final match on Monday, in which Portugal beat Argentina to claim the championship, FIFA announced the nominees for the tournament’s best goal on its official Facebook page.

There were 301 goals scored in 52 matches at the FIFA Futsal World Cup Lithuania 2021, according to the international governing body of association football, futsal, and beach soccer.

On Tuesday, Hieu’s goal was voted the winner, followed by those by Iran’s Ali Hassanzadeh, Serbia’s Jovan Lazaveric, and Brazil’s Leonardo Caetano Silva.

The Vietnamese midfielder’s 'sublime solo effort' in the 28th minute, in which he started from the midfield and dribbled past two Panama players and the goalkeeper to finish in the open net, marked a turning point in the game on September 16.

The decisive goal contributed to Vietnam’s 3-2 victory over Panama, thereby helping the Southeast Asian team advance to the Round of 16, where they were eliminated after a 2-3 defeat against the world’s No. 4 Russia.

Waving goodbye to the tournament with their heads held high, Vietnam scored seven goals in their four games.

The 2021 FIFA Futsal World Cup took place in Lithuania from September 12 to October 3 with the participation of 24 teams divided into six groups.

This was the second time that Vietnam had played in a FIFA Futsal World Cup tournament, following their participation in the 2016 edition in Colombia, where they were also eliminated by Russia.