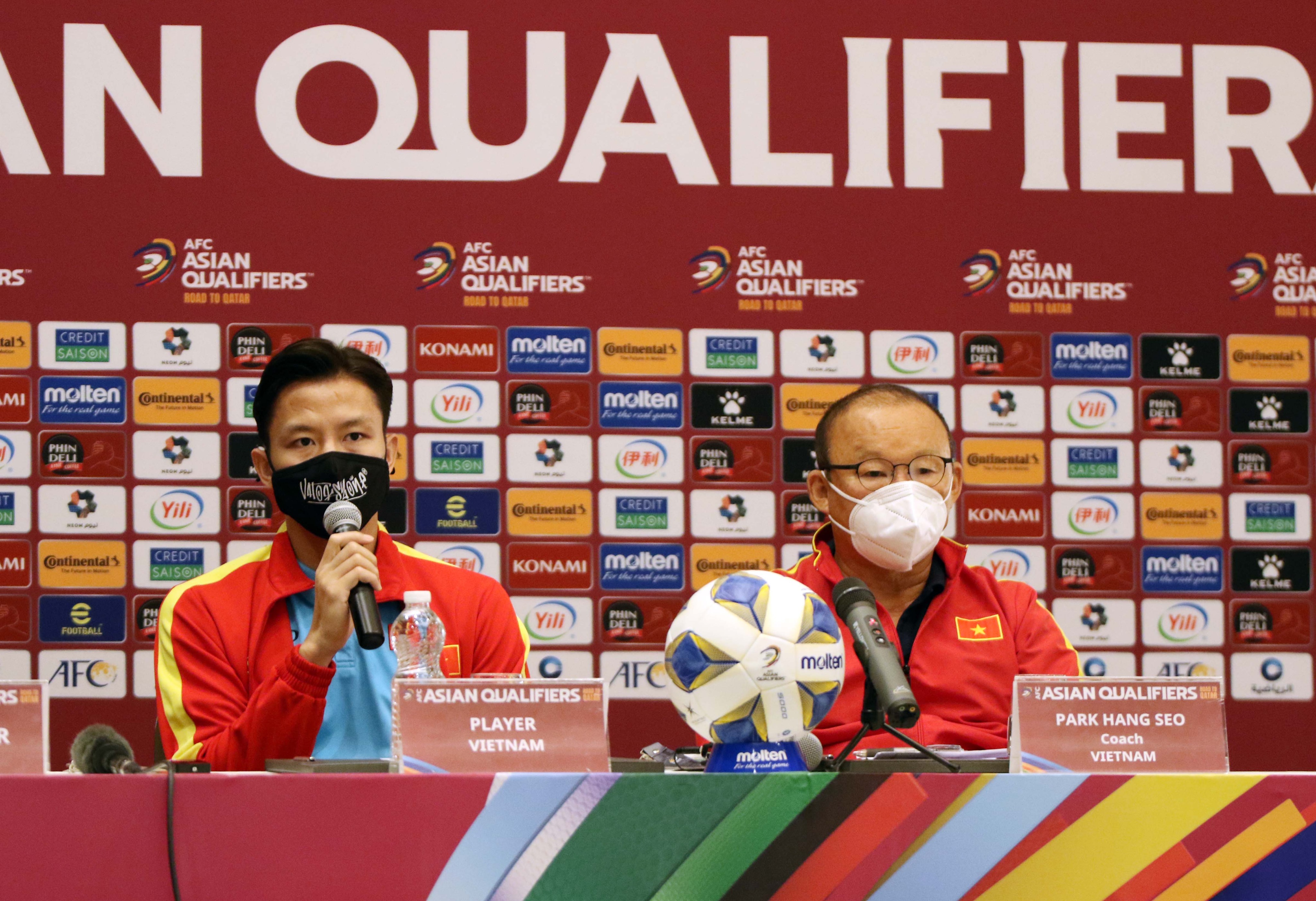 Vietnam are yearning for their very first points in the final round of the 2022 FIFA World Cup Asian qualifiers as they will play against hosts Oman on Tuesday night.

The game will be broadcast live from Sultan Qaboos Stadium in Oman at 11:00 pm on Tuesday (Vietnam time) on Vietnam Television’s VTV6 and streaming service FPT Play.

Speaking at a pre-match press conference on Monday afternoon, skipper Que Ngoc Hai said that the whole team are working hard and looking forward to the match against Oman.

During a training session a day before, defender Ho Tan Tai told reporters that he hopes football fans will continue to support the team and all members will exert further efforts in a bid to earn points in upcoming matches of the final qualifying round.

After suffering a 2-3 loss to China on October 7, the third consecutive defeat in the final phase of the qualifiers, Vietnam are the only squad in Group B that have yet to collect any point and thus remain at the bottom of the group.

The Vietnamese team previously lost 0-1 to Australia and 1-3 to Saudi Arabia.

Meanwhile, Oman defeated Asian powerhouses Japan 1-0 in their opening game in the final round held in September before being beaten 0-1 and 1-3 by Saudi Arabia and Australia in the two following matches, respectively.