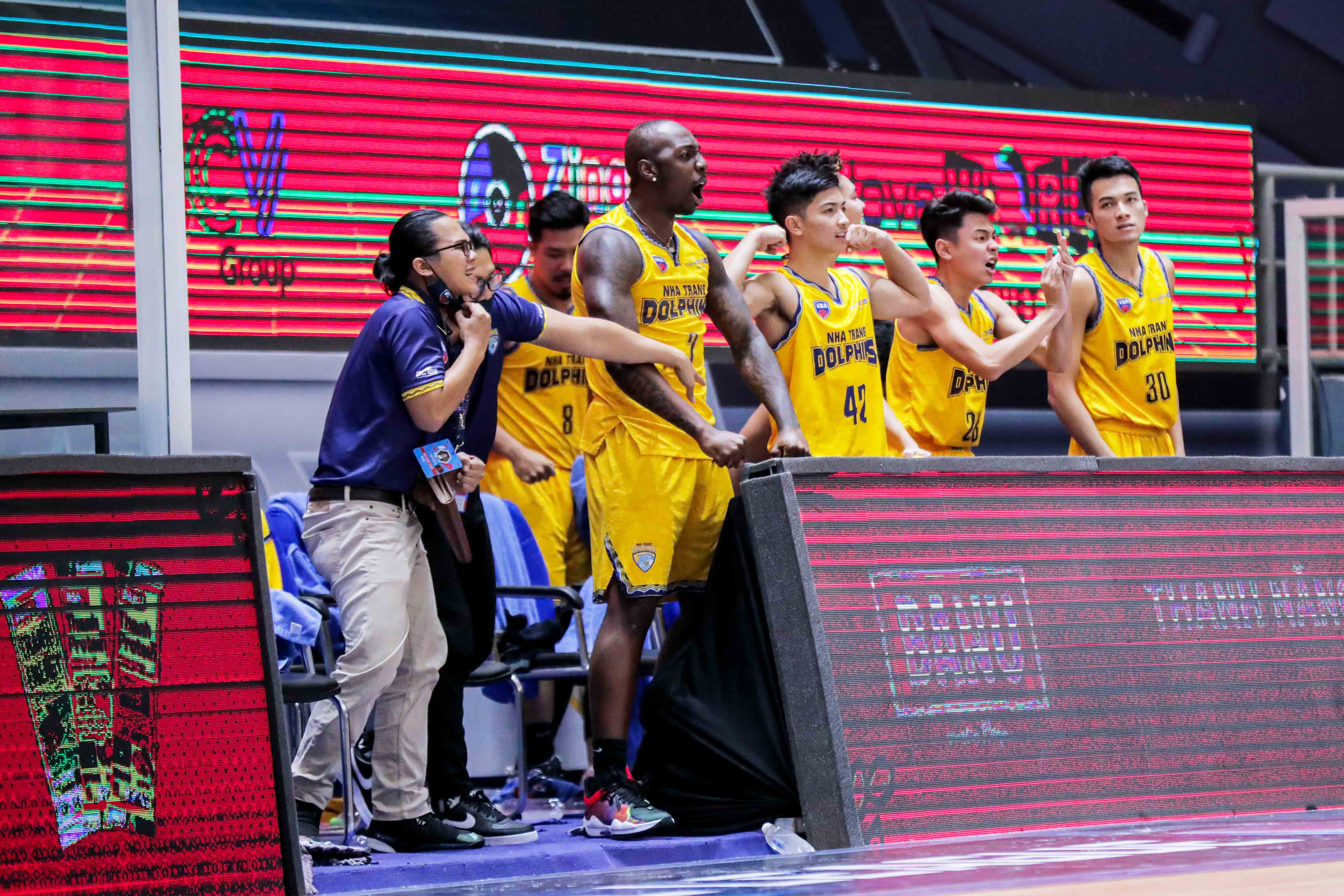 Disadvantages have piled up for Nha Trang Dolphins at the VBA Premier Bubble Games - Brought to you by NovaWorld Phan Thiet following the injury of foreigner player Devin Harris.

Harris, who replaced another foreign player that was unable to take part in this year’s games, was confirmed injured and unable to play in Game 11. He had only played in two games since the beginning of the tourney.

Without Harris, Nha Trang Dolphins are now at a huge disadvantage and can only rely on the return of defender Thanh Dat.

During the game against Ho Chi Minh City Wings, the absence of Thanh Dat resulted in a heavy defeat for the Dolphins with a gap of nearly 40 points.

Facing Saigon Heat in Game 11, Dat proved he is an important member of the team after scoring a total of 26 points and two assists.

However, he was unable to help Nha Trang Dolphins take down Saigon Heat due to the fantastic performance of Daquan Bracey.

Bracey alone scored up to 51 points for the Ho Chi Minh City-based team in the game.

Nha Trang Dolphins’ Nguyen Phu Hoang, one of the fan favorites in the Vietnam Professional Basketball League (VBA), has yet to make an appearance since the beginning of the season.

The absence of such an excellent player has contributed to the Nha Trang-based team’s series of disadvantages.

Hoang was said to have returned to Hanoi due to some personal issues, and it remains unclear whether or not he will come back to compete in the tournament.

Some other VBA star players, namely Khoa Tran of the Vietnamese national basketball team and Nguyen Van Hung of Danang Dragons, have not seen any playing time this season.

American player Daquan Bracey had an impressive performance to help Saigon Heat win against Nha Trang Dolphins in Game 11 of the VBA Premier Bubble Games - Brought to you by NovaWorld Phan Thiet.

Saigon Heat made good use of Nha Trang Dolphins’ disadvantage and carried out offensive tactics.

The Dolphins were able to shorten the gap thanks to Thanh Dat and Vinh Quang, but the duo’s effort was not enough to beat the strategy of coach Matt Van Pelt of Saigon Heat.

The game ended 105-96 with victory for the Ho Chi Minh City-based team.

Bracey was named MVP with 51 points and eight assists.