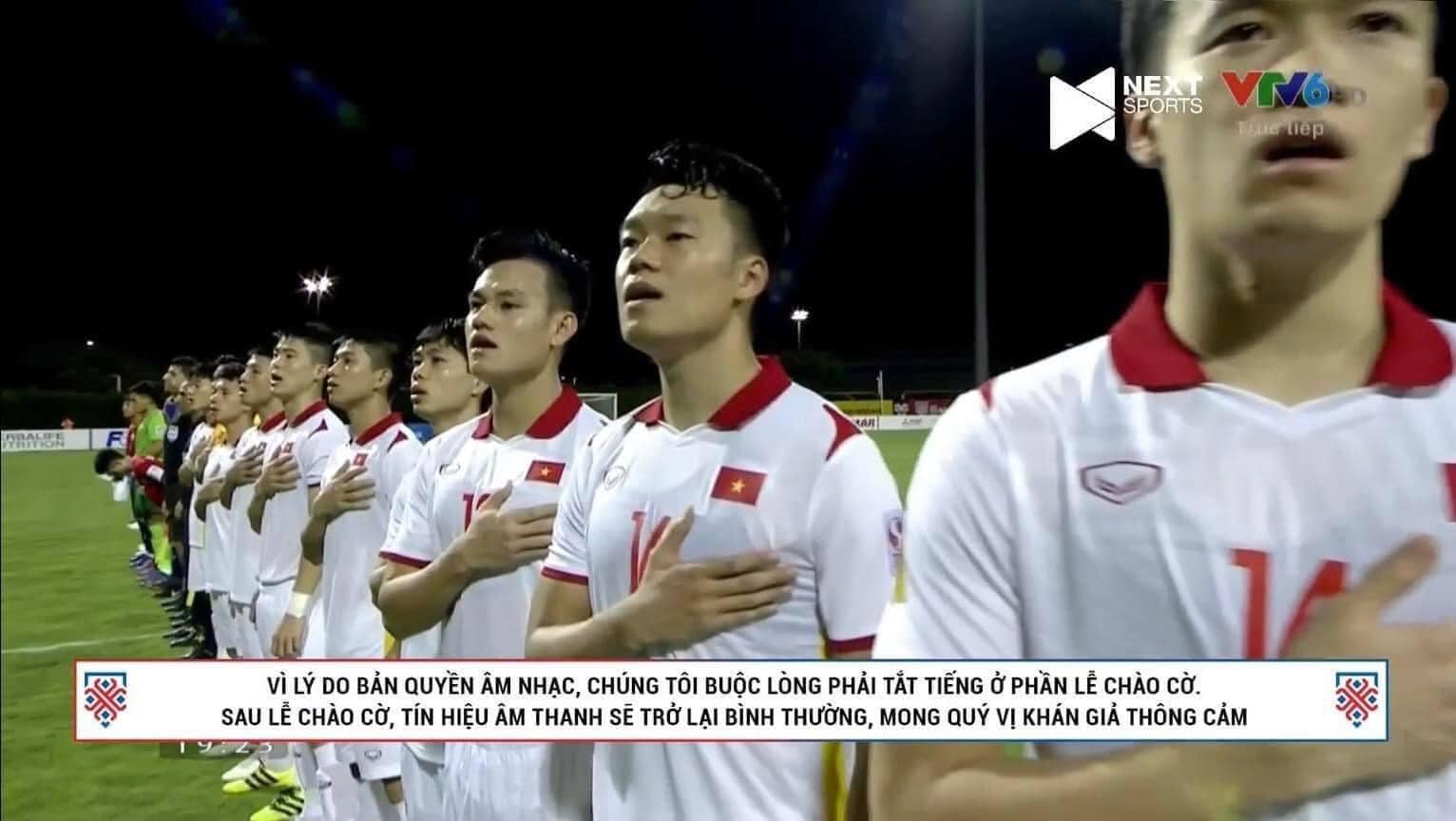 A YouTube channel that aired the football match between Vietnam and Laos on Monday evening muted the sound of the Vietnamese flag salutation ceremony for fear of possible copyright infringement related to the record version of the Vietnamese national anthem.

The match, within the 2020 AFF Suzuki Cup, was broadcast by the YouTube channel Next Sports at 7:30 pm on Monday.

During the silence, an explanatory message in Vietnamese was shown on the Next Sports channel screen: “For the reason of music copyright, we are obliged to mute the sound at the flag salutation ceremony. Upon the end of the ritual, the sound will be resumed. Your understanding is appreciated.”

After the match, numerous screenshots of the Vietnamese football team’s members singing their national anthem along with the message were posted on social media, expressing surprises and shocks due to the soundless performance.

However, BH Media Corp, a leading player in the digital industry in Vietnam, has released a notice rejecting any involvement in the muting of the anthem.

According to BH Media Corp’s surmise, Next Sports feared that the broadcast of the national anthem performance might lead to a copyright violation, which could cause a loss of revenue from its YouTube airing, a case that previously happened to FPT Play, a local digital TV platform.

During the Vietnam - Saudi Arabia match that took place on November 16 in Vietnam, FPT Play lost revenue from broadcasting it on its YouTube channel because this game used the record version of ‘Tien Quan Ca’ over which the copyright is owned by a foreign firm, Marco Polo Records.

As Marco Polo Records holds the copyright on the record version, nobody can use it without getting permission from its owner, BH Media Corp explained.

'Tien Quan Ca' was composed by late musician Van Cao in 1944 and officially became the national anthem of the Socialist Republic of Vietnam in 1976.