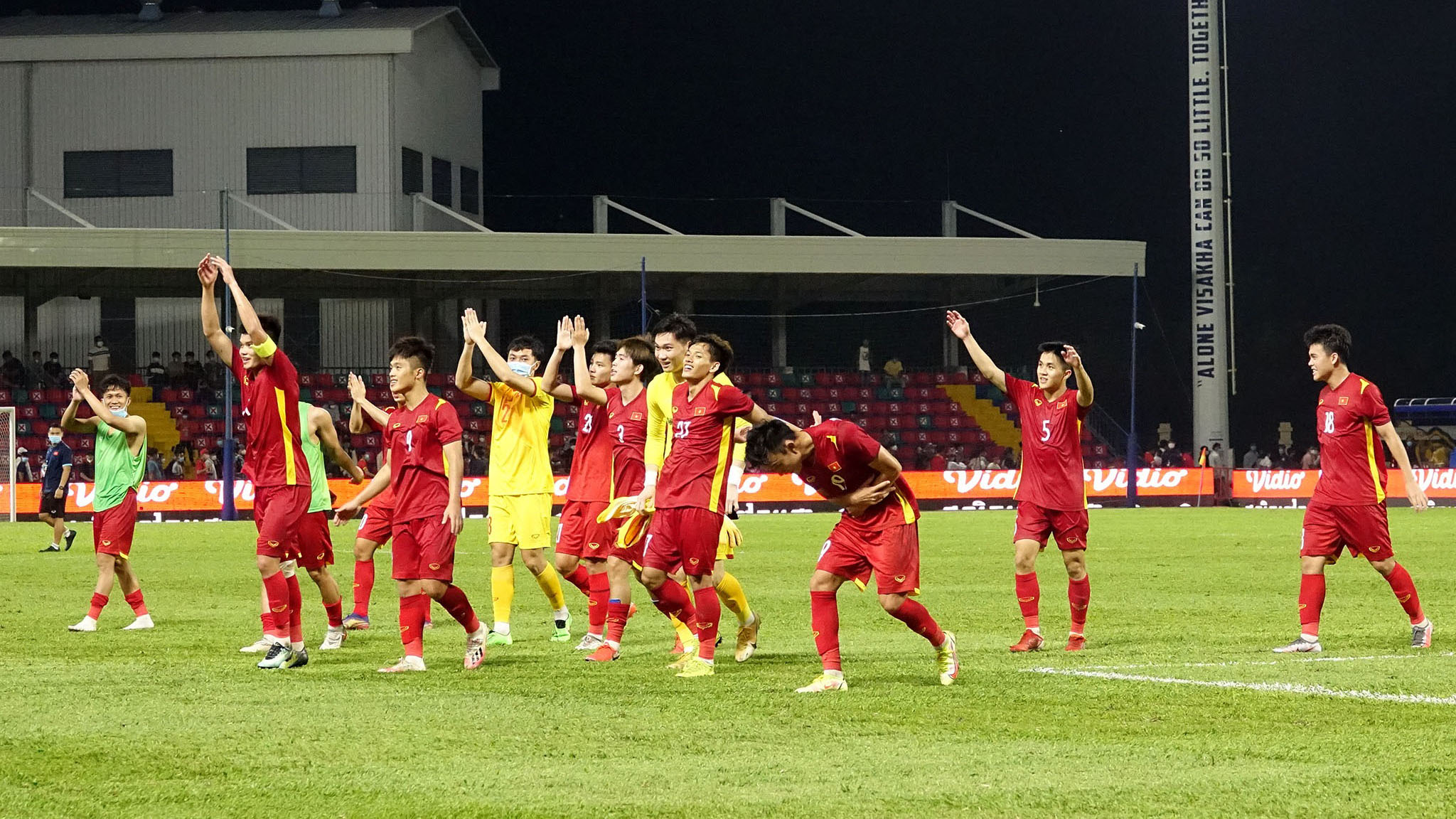 After a challenging tournament, in which a goalkeeper was subbed on to play in midfield in the semifinal, Vietnam’s U23 team are ready to write a storybook ending in the ASEAN Football Federation (AFF) U23 Youth Championship final against Thailand on Saturday in Phnom Penh, Cambodia.

The game will be broadcast live at 7:30 pm on the national channel VTV6 and the FPT Play platform.

Speaking at a pre-match briefing, head coach Dinh The Nam said his squad have faced difficulties from the beginning of the tournament, with several players testing positive for COVID-19, but overcame them all to reach the final against Thailand.

His players are keen to beat their archrivals for the second time this week.

Vietnam beat Thailand 1-0 in their last Group C game on Tuesday evening to advance to the AFF U23 Championship semifinals as one of the three group winners.

As the best runners-up in the group stage, the Thai players also secured a ticket to the semis, where they defeated Laos 2-0 to set up a final against Vietnam.

“Vietnam beat Timor-Leste after a penalty shootout [in the semifinals] to meet Thailand [again] in the final,” Nam said.

“Besides COVID-19, we are facing a physique problem as we had to play more than 120 minutes in the semis, which cost us a lot of energy.”

According to the latest update as of Friday night, Vietnam will have 15 players ready to play with Thailand as three cases who had contracted COVID-19 earlier recovered from the disease.

While saying his side are in a better place regarding COVID-19, Thailand’s head coach Salvador Garcia expressed his hope to face a strong Vietnamese side with enough players.

The Spanish trainer believes that the final game would be very different from the group-round one because only three Vietnamese players who defeated Thailand some days ago could play in the coming match.

Group A has hosts Cambodia, Timor-Leste, the Philippines, and Brunei while Group B includes Indonesia, Malaysia, Myanmar, and Laos.

Vietnam and Thailand were drawn in Group C, alongside Singapore.