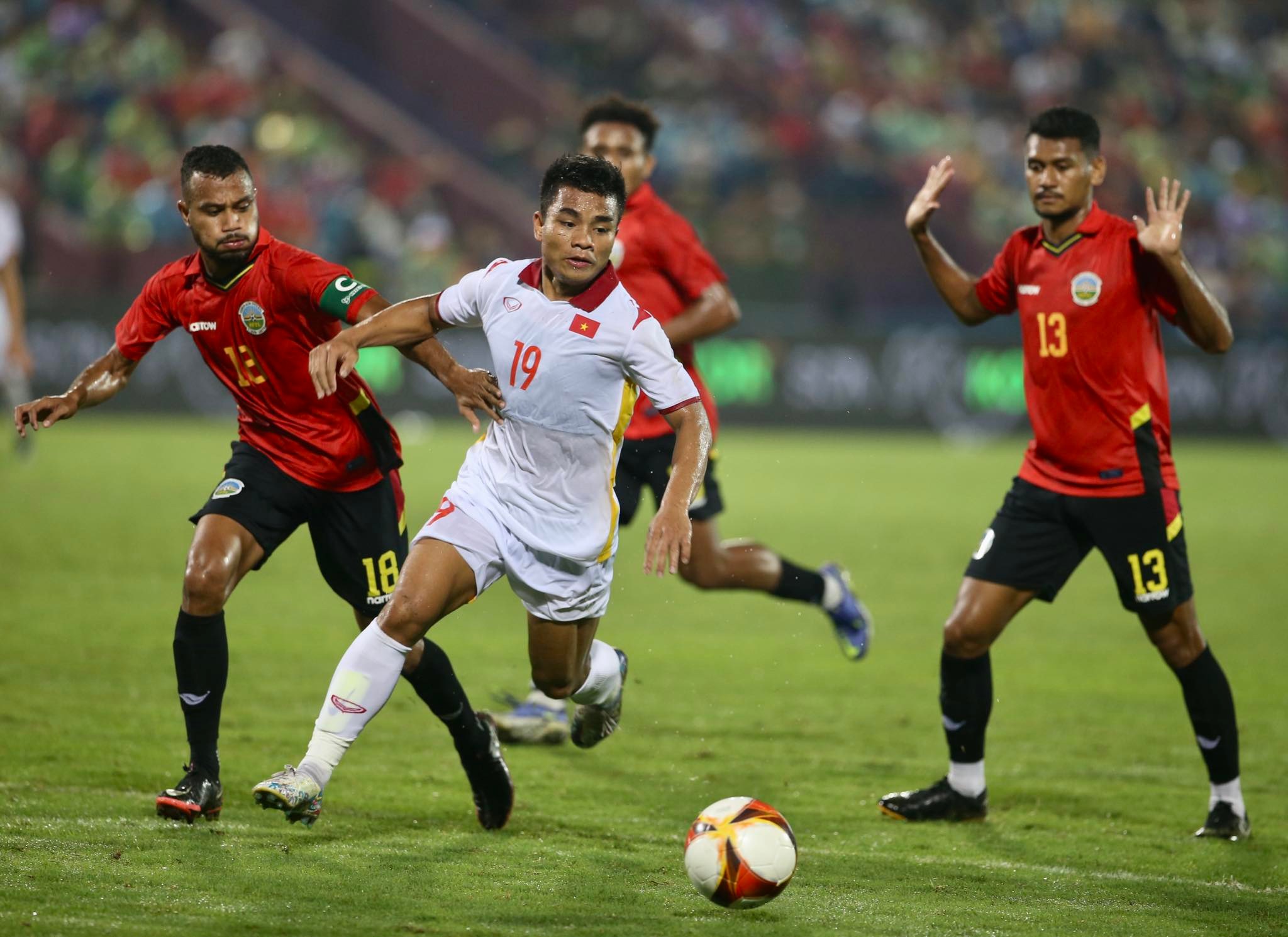 Vietnam are ranking first in Group A of men’s football at the 31st Southeast Asian (SEA) Games after defeating Timor Leste 2-0 in their last group-stage match in northern Phu Tho Province on Sunday evening.

As Vietnam had already secured a spot in the semifinals, coach Park Hang Seo decided to deploy his reserve line-up in this game.

Despite having the advantage over Timor Leste, the Golden Stars were unable to net any goal in the first half.

Nguyen Van Tung opened the scoring for Vietnam in the 53rd minute with an accurate header following a pass from Le Van Do.

Timor Leste boosted their offensive and were able to strike Vietnam’s net in the 56th minute, but the goal was disallowed for offside.

Vietnam were given a corner kick in the 65th minute, allowing Ho Thanh Minh to widen the gap for the Golden Stars with another header.

No more goals were scored in the remaining time of the match.

The 2-0 victory helped Vietnam become the leaders of Group A with 10 points, followed by Indonesia with nine points.

The Vietnamese players are scheduled to compete with the runner-ups of Group B in the semifinals on May 19.

Thailand will play Laos, while Malaysia will battle Cambodia in the last two matches of Group B on Monday.

Malaysia currently rank first in Group B with seven points, and Thailand second with six points.

The top two teams in each group will play in the semifinals.

The 31st SEA Games, which boast 526 categories in 40 sports, are currently taking place in Hanoi and 11 neighboring provinces and cities.

Although the official duration of the Games is from May 12 to 23, some events commenced a few days prior to the opening ceremony, including men’s and women’s football, kickboxing, diving, futsal, beach handball, rowing, and kurash.