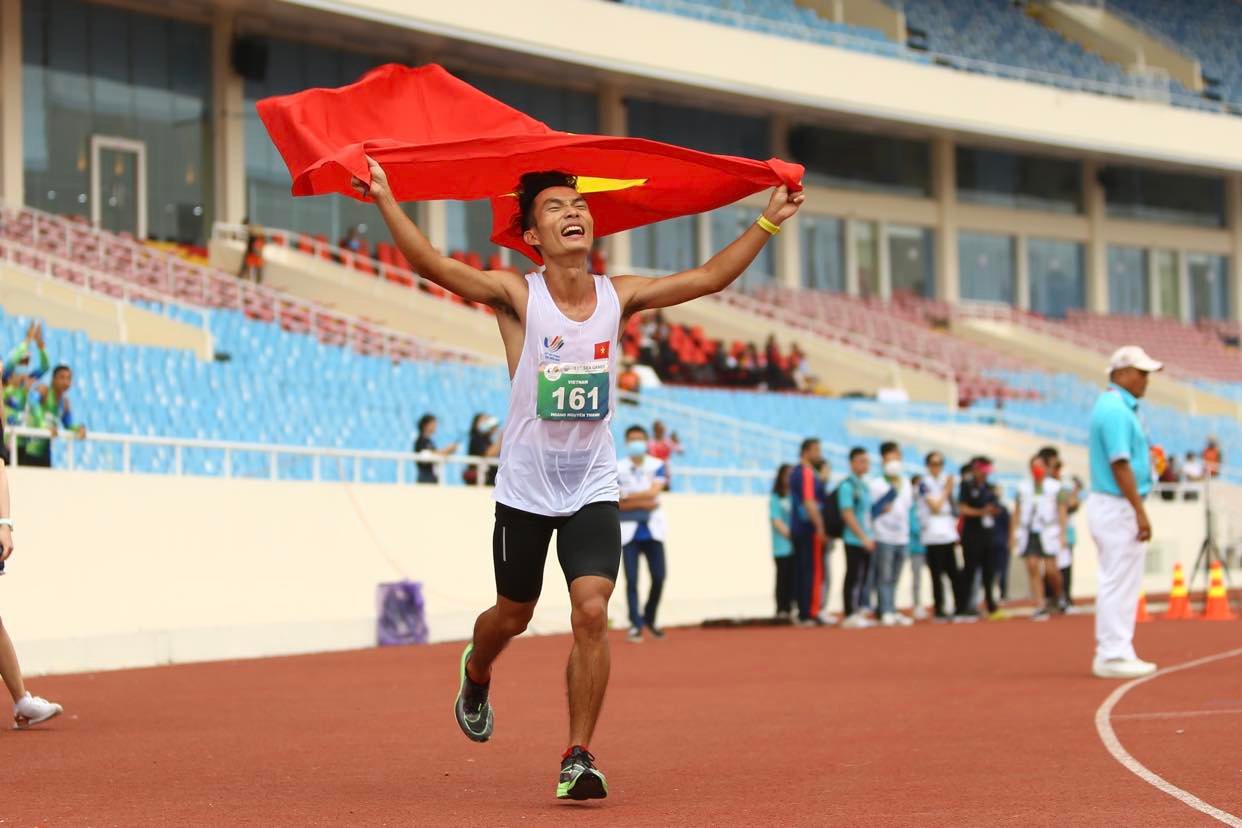 Hoang Nguyen Thanh took home the gold medal in men’s marathon at the 31st Southeast Asian (SEA) Games on Thursday morning, the first-ever victory for Vietnam in the event.

Thanh’s gold medal is the 127th gold in Vietnam’s tally.

Hoang Thi Ngoc Hoa earned a bronze medal for Vietnam in the women’s marathon event, which is also her debut competition at a SEA Games edition.

With these achievements, the medal count of Team Vietnamese at the ongoing SEA Games has reached 282 medals, including 129 golds, 77 silvers, and 76 bronzes, at the time of writing.

The current SEA Games, which are in their 31st edition and boast 526 categories in 40 sports, are taking place in Hanoi and 11 neighboring provinces and cities from May 12 to 23.