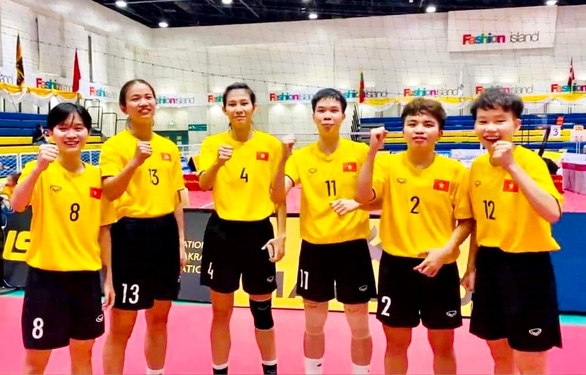 The Vietnamese sepaktakraw (kick volleyball) women’s team has been named the champion in the quadrant event of the 2022 King’s Cup Sepaktakraw World Championship after beating host Thailand 2-0 in the final on Wednesday night.

It is Vietnam’s first gold in the quadrant event after losing to Thailand numerous times in the past.

Vietnam dominated the event, winning all three group matches, including an absolute 21-0 and 21-0 triumph over Pakistan, and a victory against South Korea in the semifinals.

The King’s Cup Sepaktakraw World Championship is a sepaktakraw team event which is considered to be the most prestigious tournament in the sport as most top national teams compete in this annual competition.

The 2022 King’s Cup Sepaktakraw World Championship is the 35th edition of the tournament, held on July 24-31 in Bangkok, Thailand.

Vietnam’s delegation to this year’s championship consists of nine female and six male athletes, as well as four coaches, competing in six out of ten events.

Thirteen teams have qualified as group winners and best runners-up