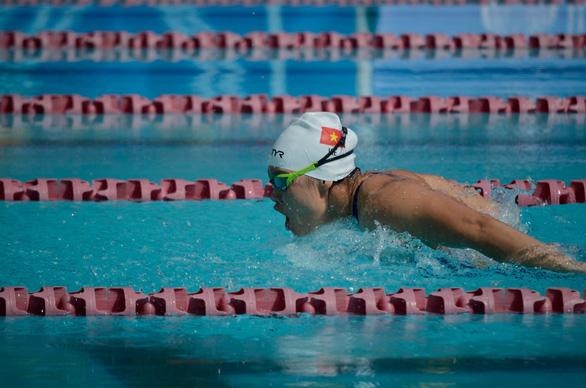 Despite suffering leg paralysis since the age of three, Nhu developed a passion for swimming, with her idol being Michael Phelps of the U.S., who is the most successful and most decorated Olympian of all time.

At the age of 37, Nhu has participated in the Paralympics, won gold medals at the 2015 World Championships, and earned many medals at continental tournaments.

She also competed in women’s 100-meter breaststroke at the 2012 Summer Paralympics in London.

Her 50-meter butterfly swim gold medal was the 12th the Vietnamese Paralympic swimming team has secured at the ongoing competition in Indonesia, alongside eight silver medals and five bronzes.

The 2022 ASEAN Para Games have been held since July 30 and will run through Saturday in Surakarta City, Central Java Province of Indonesia, featuring 14 sports with 907 events, bringing together 1,286 athletes.

The events are being organized in three locations, including Surakarta City, Karanganyar District, and Semarang City.

The Vietnamese sports delegation to the Games consists of 153 members, including 120 athletes competing in eight sports, with a target to achieve 35-40 gold medals.