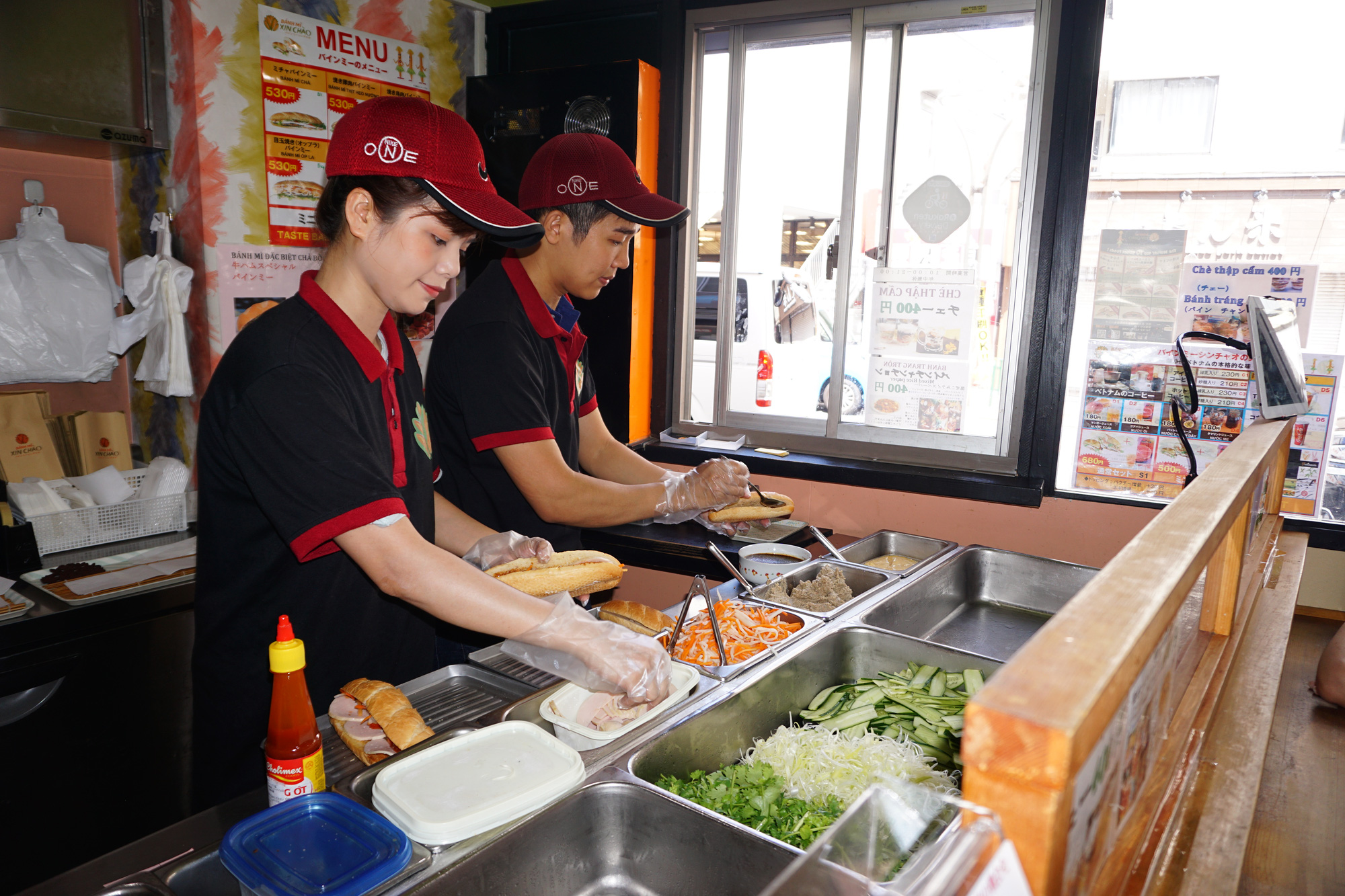 From the first 'banh mi' store launched in Japan in October 2016, two Vietnamese brothers have successfully expanded their business model to two more locations in the East Asian country as of June this year, turning the iconic Vietnamese stuffed baguette into a local favorite.

Their successful business has commanded the attention of many Japanese media outlets, including the Japan Broadcasting Corporation (NHK), whose reports ended up drawing an even bigger crowd to the brothers' stores.

Duy and Tam have opened three Banh Mi Xin Chao stores in Japan as of June, including two in Tokyo and another franchise in Kobe City on Honshu Island, Hyogo Prefecture.

"Funding is the biggest challenge we faced when launching more branches," Tam told Tuoi Tre (Youth) newspaper about the difficulties they encountered in the early days to expand their business in Japan.

"A new store often costs a huge amount so we had to put a lot of effort into getting everything on track."

The brothers' latest success was the opening of their first franchised store in Kobe last month, which is already generating profit after less than a month of operation.

In fact, many partners have offered to become a franchisee since 2018 but until last month none of the negotiations had came to fruition.

The novel coronavirus disease (COVID-19) pandemic also had a very negative impact on the brothers' business during the early days of the outbreak in Japan.

The most difficult days for Banh Mi Xin Chao came when Japan decided to close its borders and suspended international flights to curb the spread of COVID-19.

Their latest store, which is located at a tourist attraction in Kobe with only a small population, faced a tough challenge when its revenue fell by 50 percent during the period, according to the owners.

Amid the health crisis, the two young businessmen sat down to brainstorm what changes they must make in order for their business model to overcome the ravages of the global pandemic.

Thanks to the quality of their food and these promptly adopted measures, Banh Mi Xin Chao ended up raking in revenues comparable to pre-pandemic levels, sometimes even higher, despite being at the epicenter in Tokyo.

Apart from their own efforts, the two young men have received timely support from the Japanese government in the form of tax breaks and rental assistance programs.

Diners visiting Banh Mi Xin Chao have the chance to not only enjoy its iconic stuffed baguette but also to taste many other Vietnamese specialties including Vietnamese-style coffee and 'mi Quang' (Quang-style noodle soup) — a famous dish from central Vietnam.

Duy and Tam have partnered with some companies that specialize in exporting coffee to Europe and the U.S. to produce a brand of Banh Mi Xin Chao coffee exclusively for the Japanese market.

According to the brothers, this is a niche market that has enormous potential waiting to be leveraged.

Banh Mi Xin Chao said it has built up a stable customer base for these products, 50 to 80 percent of whom are Japanese.

The web drama is centered around the palace life of Empress Dowager Tu Du, one of the most impactful female figures in Vietnamese history