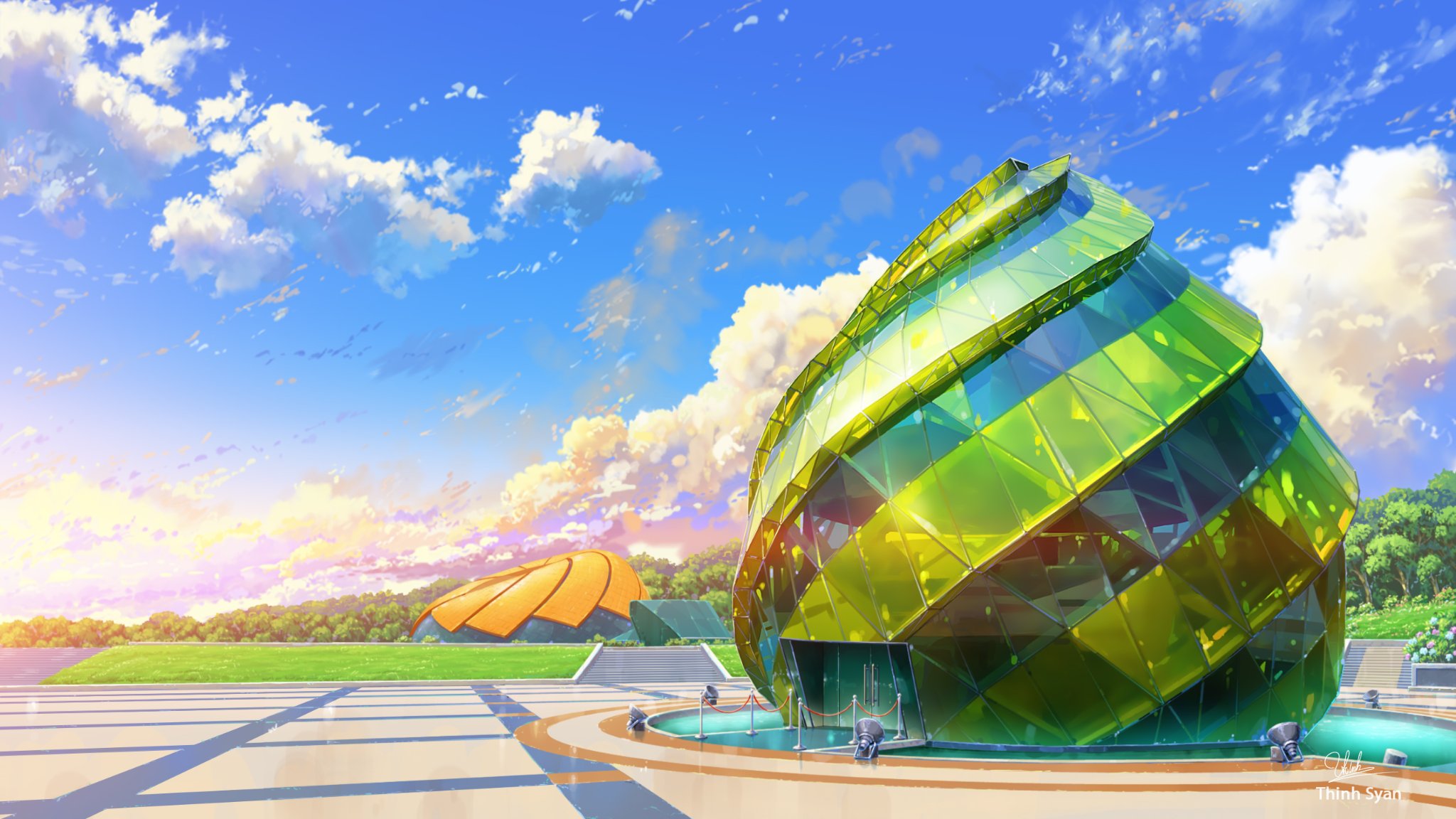 Beautiful Vietnam, a collection of anime drawings depicting well-known Vietnamese landmarks by artist Nguyen Quang Thinh, has captivated netizens across the country thanks to its creative take on various landmarks.

As anime, a specific genre of Japanese animation derived from manga comics, grows in popularity on the world stage, more and more artists from around the globe are producing works in the style.

Thinh is one of these artists, and the detail in his anime-inspired depictions of notable Vietnamese landmarks is stunning netizens from across the country.

Throughout his nine years as a creative professional, Thinh has wondered what an animated Vietnam would look like.

Seven years ago, he decided to find out.

His first piece was a sketch of Linh Quy Phap An Pagoda, commonly known as the 'Gate of Heaven.'

He shared the drawing with a design group on Facebook, and racked up over 2,000 likes in just two hours.

The popularity of his work was such a surprise that he wound up taking the post down.

Now, after years of work, Thinh is once again publishing anime depictions of Vietnam, this time as part of his Beautiful Vietnam series.

"I have drawn a lot of Japanese scenery, but had never really considered how beautiful my own country is and drawing Vietnam,” Thinh said.

"There are just too many gorgeous sights in Vietnam.

"I'd like to create more landscapes, at least one from each province, but that will take a long time to finish."

In addition to his passion for art, Thinh is an avid traveler who enjoys visiting tourist destinations and finding new locales.

His artwork is based on his actual recollections and reflections of such travels.

Netizens across Vietnam have shown wide support for Thinh.

His Beautiful Vietnam series has garnered tons of compliments and likes online.

"I appreciate the emotion that people, especially locals, get when they see the magnificent landscapes of their hometowns transformed into anime,” Thinh shared.

In addition to his Beautiful Vietnam series, Thinh has also worked on several popular anime movies, including Attack On Titan, Dr.STONE, Baki Hanma, and Kabaneri.