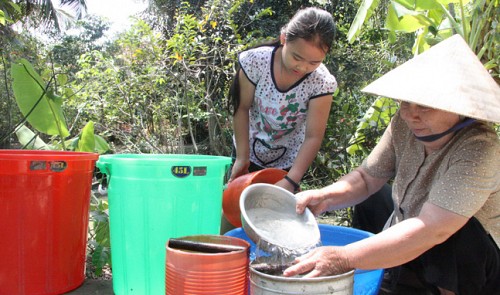 A former head of a Mekong Delta province has been refusing to settle his water bills for eight years now in order to protest the lack of transparency in the fee collection by local authorities.

Phan Minh Thanh, ex-chairman of the People’s Committee of Tien Giang Province, has stopped the payment since late 2004 when the supplier hiked the water price by 50 percent to VND1,500 (7 US cents) per cubic meter.

Thanh explained that over 1,000 households in the provincial capital of My Tho City’s Thoi Son Commune chipped in a total of VND1.1 billion ($52,380) to build a reservoir in 1999. With that, the contributors including Thanh himself agreed that the water fee would be just VND1,000 (5 US cents) per cubic meter.

But Thoi Son officials later raised the price without seeking opinions from the contributors, Thanh added.

The former chairman said they should have obtained approval from the donors before the hike.

Thanh asserted that he will continue doing so until the officials can offer a rational explanation, even when his fees are just small – less than VND100,000 ($4.8) a year.