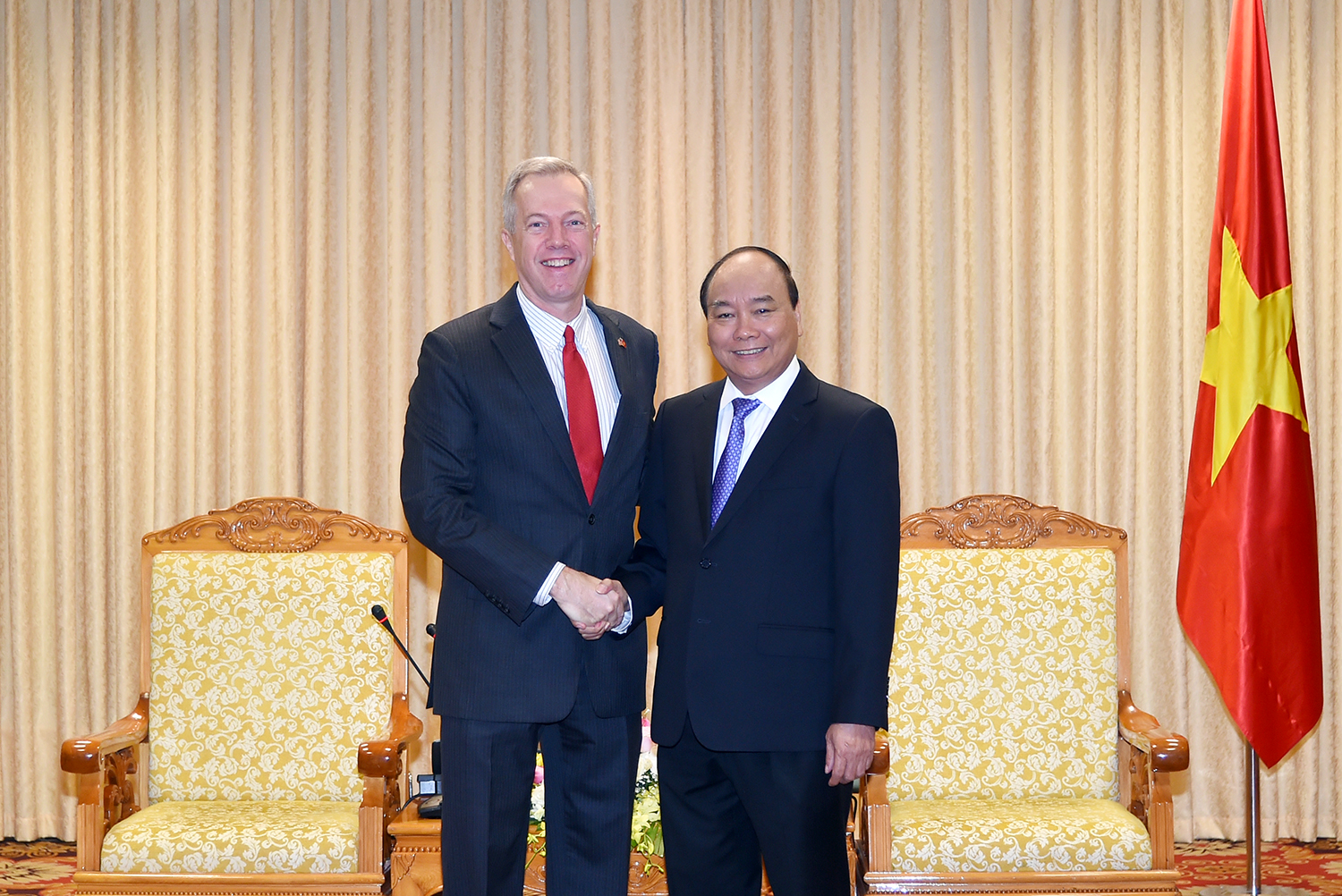 Outgoing United States Ambassador to Vietnam Ted Osius has decided to remain in Vietnam despite his term as America’s highest diplomat in the country being over.

The outgoing ambassador has said that he will continue living in Vietnam and work in the field of education, helping to foster stronger ties between the two nations.

He extended his goodbyes to Vietnamese Prime Minister Nguyen Xuan Phuc on Tuesday, marking the end of his term of office as U.S. ambassador, having been appointed for the 2014-17 tenure.

During their meeting, PM Phuc congratulated the U.S. diplomat on his successful term.

The premier noted that the ambassador’s tenure witnessed the highest number of mutual visits by Vietnamese and U.S. leaders, including a historic visit of Party General Secretary Nguyen Phu Trong in July 2015, President Barack Obama’s in July 2016, and his own U.S. tour in May 2017.

President Donald Trump is scheduled to visit Hanoi and the central city of Da Nang next month.

Ties in economy, trade, and investment remained essential in U.S.- Vietnam relations, with trade growing from US$36 billion in 2014 to over $50 billion this year.

Total investment by the North American nation in Vietnam has surpassed $10 billion for the first time, PM Phuc also highlighted, believing that these figures would continued rising given the sound development of mutual ties.

Both countries will also push forward their contribution to peace, stability, cooperation and development in the Asia-Pacific region and the world, he added.

Replying to the Vietnamese leader, ambassador Osius stated that PM Phuc’s visit to the U.S. in May played a significant role in the development of the two nations’ ongoing cooperation.

He expressed his hope that the upcoming Vietnam visit by President Trump would bring bilateral relations to a new height.

The diplomat also praised the efforts of Vietnamese authorities in organizing the Asia-Pacific Economic Cooperation (APEC) meetings and preparing for the APEC Economic Leaders’ Week in Da Nang this November.

This is an opportunity for the country to show its dynamism to the world, Osius remarked.