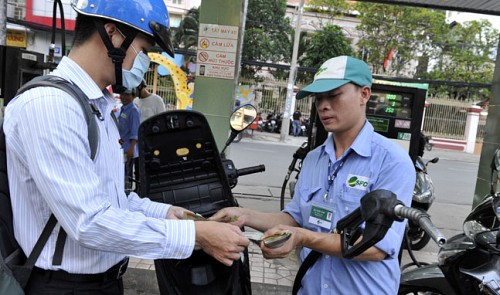 The government should stipulate ceiling rates for the prices of fuel and power sold to end-consumers, economic expert Vu Dinh Anh suggested during a seminar on price management in Ho Chi Minh City on Tuesday.

Price caps will help prevent the fuel and power monopolies from selling at prices that are too high and thus hurt consumers, Anh said at the event held by the finance ministry.

Once the ceiling prices are applied, the Electricity Group of Vietnam (EVN) and fuel giant Petrolimex will have to cut their operational costs and other expenses to maintain profits, instead of relying on hiking prices, the economist said.

Relevant agencies in charge of price management would calculate the ceiling prices based on all factors from input costs to taxes, and EVN and Petrolimex, as well as other fuel businesses, should sell their products at prices below the caps.

Anh said the ceiling prices will force the businesses to compete with each other by trying to cut operation costs.

“In a nutshell, the ceiling price policy is meant to encourage businesses to increase their business effectiveness rather than increasing prices,” he concluded.