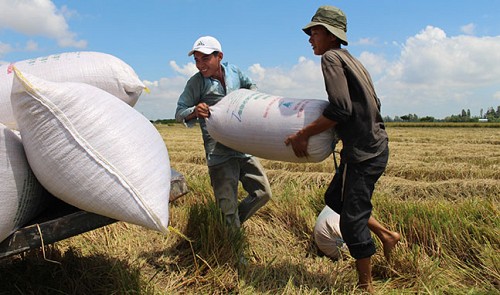 Only 1% of Vietnamese enterprises investing in agriculture: ministry

Only one percent of Vietnamese firms are investing in the agricultural sector although Vietnam is often assessed as a country with a lot of advantages in agriculture in Southeast Asia, the Ministry of Agriculture and Rural Development said at a conference in Hanoi.

Given the current situation, there are three bottlenecks barring the sector from developing, the ministry remarked at the event held on Sunday.

They include the lack of capital for large-scale agricultural projects, the absence of agility and market connectivity for agro-products, and the low value added status of almost all agro-products of Vietnam due to the insufficiency and inefficacy in applying  science and technology in planting and processing, according to the ministry.

The attraction of foreign direct investment (FDI) in agriculture is also on a downslide.

Meanwhile, there were over 17,000 licensed FDI projects with an investment capital of $245 billion, according to the FIA, which is under the Ministry of Planning and Investment.

FDI in agriculture has dropped by 30 times within 15 years, according to the FIA report.

Investors are now only directing their FDI projects toward short-term fields, including the processing and manufacturing of agricultural and livestock products, rather than long-term areas.

Another issue is that most investors come from less developed Asian markets like Thailand, Taiwan, and Indonesia, while those from markets with developed agriculture and industry like European countries, Japan and the U.S. show less interest in the Vietnamese agricultural sector.

Another barrier is that there are only a few high-quality FDI projects using high technology, most of which are small-scale.

According to the agriculture ministry, there are currently around 30 leading enterprises engaging in attracting investment in agriculture.

Many big Vietnamese firms operating in many areas have begun to pour money into agriculture in an effort to leverage their cash-rich budget and the advantages of the tropical country, like Vingroup, Vietnam’s top realty developer; Hoa Phat Group, one of the country’s biggest names in steel production and real estate; and Hoang Anh Gia Lai, which previously concentrated on real estate.