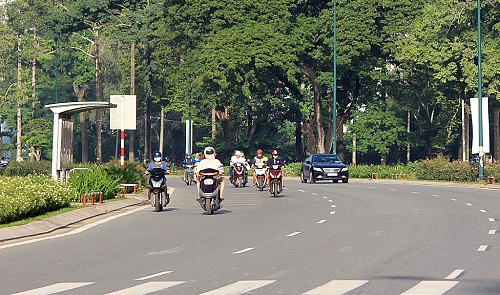 Turkish duo get five years for ATM fraud in Saigon

The People’s Court of Ho Chi Minh City brought the men, Hakan and Emrah, to trial on Tuesday afternoon on charges of "employing computer networks, telecommunication networks, the Internet, or other digital devices for the appropriation of properties".

According to the indictment, Emrah arrived in Ho Chi Minh City on February 5, 2015, where he stayed at Kim Do Hotel in District 1.

Over the next week, Emrah and his accomplice Hakan used 130 fake bank cards originating from Turkey to perform a total of 409 withdrawals from the ATMs of a number of banks in Ho Chi Minh City.

The two bagged VND300 million (US$13,400) from the fraud, which they changed into U.S. dollars for storage.

On February 13 however, the criminals were caught red-handed whilst attempting the fraud at an ATM of HSBC Bank on Pham Ngu Lao Street, District 1.

Hakan and Emrah both confessed to their crimes in court, claiming they had followed the orders of a Turkish national named Ali, who had provided them with the fake cards in exchange for 50 percent of the money.

The duo also admitted that they had successfully carried out the fraud in a number of countries prior to being caught in Vietnam.

Hakan and Emrah were both sentenced to five years in prison for their crime.