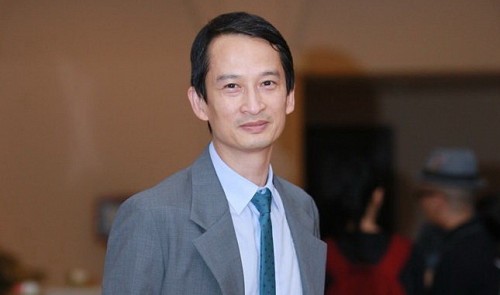 Vietnamese-born French director Tran Anh Hung, known for his Oscar-nominated debut The Scent of Green Papaya (1993) and his Murakami adaptation Norwegian Wood (2010), sat down for an interview with Tuoi Tre (Youth) newspaper during his latest visit to central Vietnam for the ‘Autumn Meeting’ cinema conference.

Though Hung often opens up about his film career, the tight-lipped 53-year-old rarely allows others a glimpse into his personal life and background as a Vietnamese growing up, and thriving, on French soil.

Born in the city of Da Nang in central Vietnam, Hung moved to France to live with his parents at age 12 following the end of the American war in 1975.

Hung’s love for Vietnam took a back seat to his French surroundings until 1985, when the love for his home country was reawakened by his wife Tran Nu Yen Khe, an actress that has since starred in many of his films.

“Her Vietnamese face and black hair awoke something in me that had been sleeping for a long time,” Hung said.

While Hung’s father spent the week working as a tailor to put food on the table for his family, Hung spent his free time wandering to the far corners of their French suburb, learning to appreciate the poetic quality in even the most ‘ugly’ of places.

He spent much of his free time reading, a habit he attributes to the fact that there was hardly anything else to do around his house.

“Books made me realize that life was not boring. They helped widen my mind to see the wonderful world,” Hung said.

The humbled director added that despite speaking very little French when he first moved to the country, he was never the object of racial discrimination in school.

“My classmates were lovely,” Hung stressed. “I felt as if I had stirred up their curiosity to learn about who I was and what my country was like. Their curiosity helped me stand out quite firmly among my friends,” he said.

Now that Hung has a family of his own, the father of two has adopted the French style of raising his children and rarely speaks to them in Vietnamese.

“I only use Vietnamese when I want to express love, make up with them, or give them a compliment,” the director explained, adding that he has been conscious, though by no means forcedly, in the use of the mother tongue with his son and daughter.

Hung’s daughter Lang Khe speaks Vietnamese and has a special place in her heart for Vietnam, often talking about Vietnamese friends she has met.

“She would jump at the chance to visit Vietnam without hesitation if I asked,” Hung said of his daughter, adding that his son, Cao Phi, would want the opposite.

“I think there will eventually come a time when my kids find their way back to Vietnam,” Hung said. “They will go down on a path of their own which I wouldn’t be able to foresee.”

Tran Anh Hung’s films showing a profound contemplation of life in Vietnam are both critically and commercially successful.

His debut, The Scent of Green Papaya, earned the Caméra d'Or  prize at the 1993 Cannes Film Festival and a César Award for Best Debut at the French film awards ceremony. It was also nominated for the 1993 Academy Award for Best Foreign Language Film.

In 2000, his third film in what critics dubbed Hung’s 'Vietnam trilogy,' The Vertical Ray of the Sun, was screened at the Cannes Film Festival.