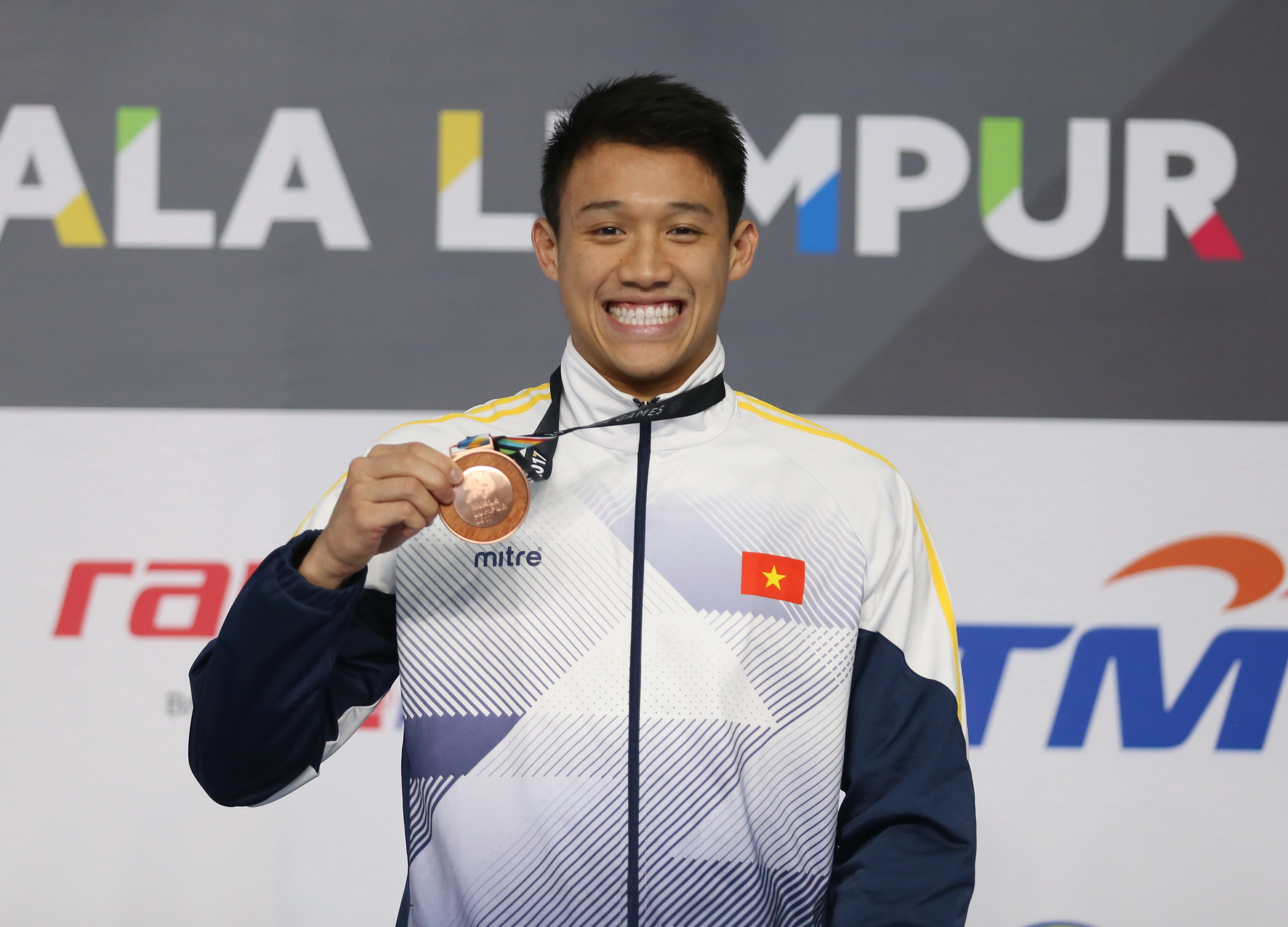 Born in the U.S. to Vietnamese parents, Paul surprised reporters on Tuesday by answering English questions in his mother tongue.

The interview lasted quite some time, as the 25-year-old swimmer had to excuse himself on multiple occasions to look up Vietnamese words on his phone.

“I want to answer in Vietnamese,” Paul said politely as he was told he could speak English if he wanted to. “I have been practicing my Vietnamese for two years just so I can talk and exchange jokes with my team mates like everyone else.”

Paul asked reporters to speak English, however, as he was still not quite used to the local accent.

His participation at the Games as a member of Team Vietnam came by chance two years ago, after he was congratulated on his graduation from university by Dang Anh Tuan, coach of Vietnam’s decorated female swimmer Nguyen Thi Anh Vien and a friend of his parents.

Paul’s request was quickly approved by Vietnamese sports officials, and he was granted Vietnamese citizenship to represent his home country at the SEA Games.

The 25-year-old swimmer proved to be Vietnam’s best asset in the men’s 50-meter freestyle, backstroke and butterfly events, as well as the men’s 200m medley race, snatching bronze medals in all four.

Paul’s medal count for the Games is second only to Anh Vien, who brought home eight gold medals and two silvers.

Dinh Viet Hung, secretary-general of the Vietnam Aquatic Sports Association, said he was as proud of Paul’s success at the Games as he was of Anh Vien’s.

“We want to use Paul’s success as an example for all Vietnamese talent living overseas to contribute to the growth of Vietnamese sport,” Hung said.

According to Paul, he had only four days to stay in Vietnam after the conclusion of the SEA Games, before returning to the U.S. to continue his Master’s program at the University of Missouri.

Wearing the national Vietnamese uniform for the first time on the medal podium in Malaysia, Paul had an unusual way of expressing his pride and happiness.

Instead of a solemn look, he gave the media a beaming, toothy grin and stuck out his tongue playfully at the cameras.

His adorable expression soon earned him the title of 'the most lovable athlete at SEA Games 2017' by social media users in Vietnam.

SEA Games 2017, which runs from August 19 to 30 in Kuala Lumpur, will conclude this evening at the Bukit Jalil National Sports Complex in the Malaysian capital.