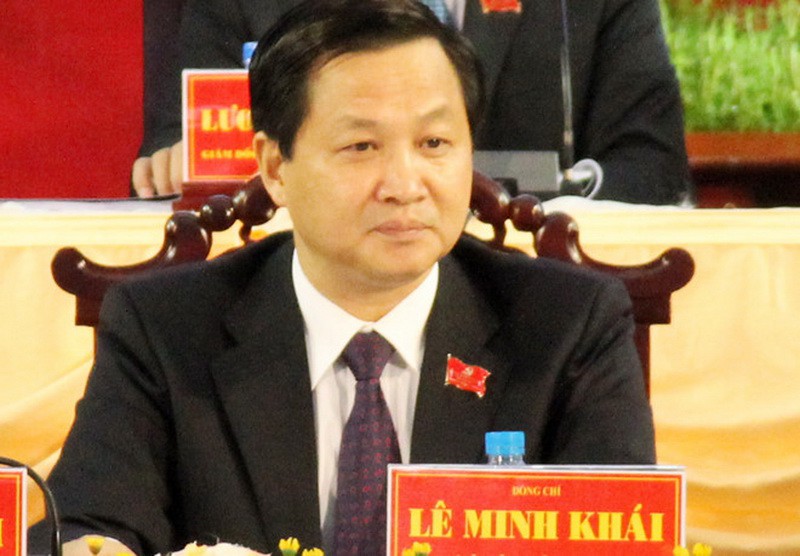 Vietnam’s newly-appointed chief government inspector has pledged to fulfill all missions to combat corruption in the country.

Le Minh Khai became the inspector-general of the Vietnamese government after receiving a 94.5 percent approval rate from the lawmaking National Assembly on Thursday afternoon.

Prime Minister Nguyen Xuan Phuc on Wednesday recommended him for the position and requested approval from the National Assembly.

Khai has replaced Phan Van Sau, who had handed in a letter of resignation over health and family issues and the NA passed it on Wednesday.

Following a decision by the all-powerful Politburo, Sau will serve as Secretary of the Party Committee in the Mekong Delta province of Soc Trang.

Born on December 10, 1964 in the Mekong Delta province of Bac Lieu, Khai has a master’s degree in accounting and auditing.

In March 2014, he was appointed Deputy Secretary of the Bac Lieu Party Committee.

In June of the same year, Khai was voted chairman of the provincial People’s Committee.

The Politburo appointed him Secretary of the Bac Lieu Party Committee for the 2010-15 tenure in October 2015.

After becoming the inspector general, Khai stated he was “touched” and “honored,” promising to fulfill all his responsibilities.

The official will concentrate on anti-corruption efforts by inspecting individuals and organizations that cause losses in major projects.

He will continue carrying out inspections of economic groups, state enterprises, and relevant institutions where irregularities and corruption are likely to be found.

Ongoing scrutiny will be expedited to meet the request of the central government and the prime minister, Khai added.

He will also place an emphasis on coordination with the National Assembly and relevant authorities in making adjustments and additions to laws on anti-corruption, denunciations, and quality assurance and feasibility.