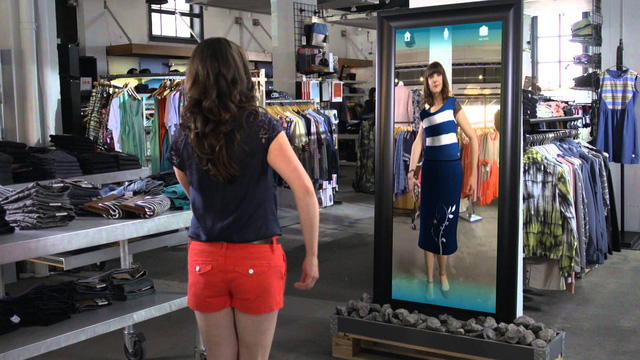 An augmented reality (AR) ‘magic mirror’ will make its Ho Chi Minh City debut at the inaugural Fashionology Festival this month on the iconic Nguyen Hue Pedestrian Street in District 1 from October 20 to 22.

The high tech fashion show, hosted by Ho Chi Minh City’s Department of Tourism, will feature a 670 meter long catwalk for more than 200 models to showcase dozens of the latest collections from both Vietnamese and International designers.

3D mapping, street art, and music performances are also planned for the event, though the AR ’magic mirror’ is expected to be the star of the show.

AR ‘magic mirrors’ have become quite popular in many countries, but this is the first time one will make an appearance in Ho Chi Minh City.

AR mirrors are already in use by several global brands, such as AXE and UNIQLO, as a means of easing the consumer shopping experience.

About 100 domestic garment-textile businesses are expected to participate in the festival to introduce Vietnamese fashion to foreign tourists.

Entrance to the three day event is free.