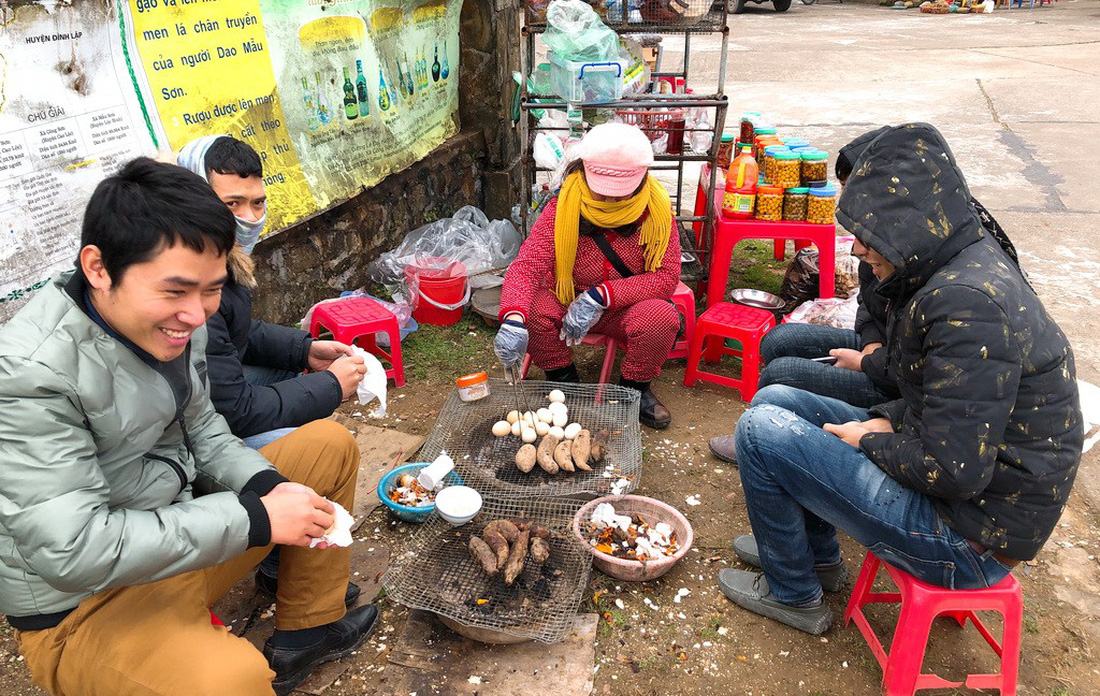 At a height of 1,180 meters and temperatures reaching as low as -5oC in the winter, the Mau Son Peak in northern Lang Son Province is among the coldest places in Vietnam that is inhabited by humans.

Mau Son Peak, a part of Mau Son Commune in Lang Son’s Loc Binh District, is situated about 170 kilometers northeast of Hanoi, close to the border of Vietnam and China.

Thanks to its elevation and distance from the equator, Mau Son is among the few places in Vietnam where snowfall can be witnessed during winter.

However, for the tight-knit community of dominantly Yao people that inhabit the mountains, cold weather and snow are rarely causes for celebration, as they herald another struggle with nature to survive in the unwelcoming habitat.

It was already late in the afternoon when Trieu Tran Sinh, dressed in a light windbreaker, stood on the side of a communal road on Mau Son hoping to find a willing buyer for one of his buffaloes.

Sinh no longer had enough food to feed all his four buffaloes, and the one he was trying to sell would not make it through the winter.

“Its health is too poor to survive the cold, so I will not make much from selling it. Even people fall ill in this weather, they let the catlle alone,” Sinh said.

Not far away, Hoang Phu Sinh was putting extra layers of insulation on his cowshed to protect the animals from the freezing winds.

One of his buffaloes died two months ago due to the cold and was sold at a little more than VND1 million (US$45), while Sinh said he could have easily made VND15 million ($660) from selling it in good health, had it survived a few months more.

The cold and sometimes unpredictable weather in Mau Son is also unfavorable for agriculture, as a single cold snap can wipe out an entire year’s worth of crops for the 317 households that reside in the area.

According to Hoang Quoc Huy, head of Mau Son’s meteorological station, temperatures on the mountain can drop to -5oC in the winter and stay as cool as 13oC in the summer, given that Vietnam is a tropical country where it is normally 30oC.

“During the coldest spell in January 2016, when there was over ten centimeters of snow, nobody could leave their homes,” Huy said.

Over 95 percent of Mau Son inhabitants belong to the Yao minority, half of whom live in poverty or near poverty according to Vietnam’s classification system.

But locals’ livelihood has been significantly improved since their discovery of a native variety of wild lemon that can be sold for up to VND80,000 ($3.52) per kilogram.

According to Mau Son officials, the area of wild lemon plantations in the commune has grown to around 52 hectares over the last ten years, providing locals with a more reliable income and allowing them to lead more comfortable lives.

“The people are hoping to expand production and make a name for Mau Son's wild lemon. In the future, tourists to Mau Son can buy the fruit as souvenir,” a Mau Son official said.

Since 2011, salmon farming has also grown in popularity as a high-value business in Mau Son, with some farmers earning VND300 million ($13,200) a year from sales of the fish.

Mau Son used to be a military base and resort city developed by the French during their colonization of Vietnam.

Over time, the French installations on Mau Son have fallen into disrepair and only ruins remain of the original buildings.

In 2016, a VND3 trillion ($133.5 million) tourism project that included a 5.7 kilometer cable car system to reach the mountain peak had been planned, but later had its development approval revoked due to shortcomings on the developer’s part.