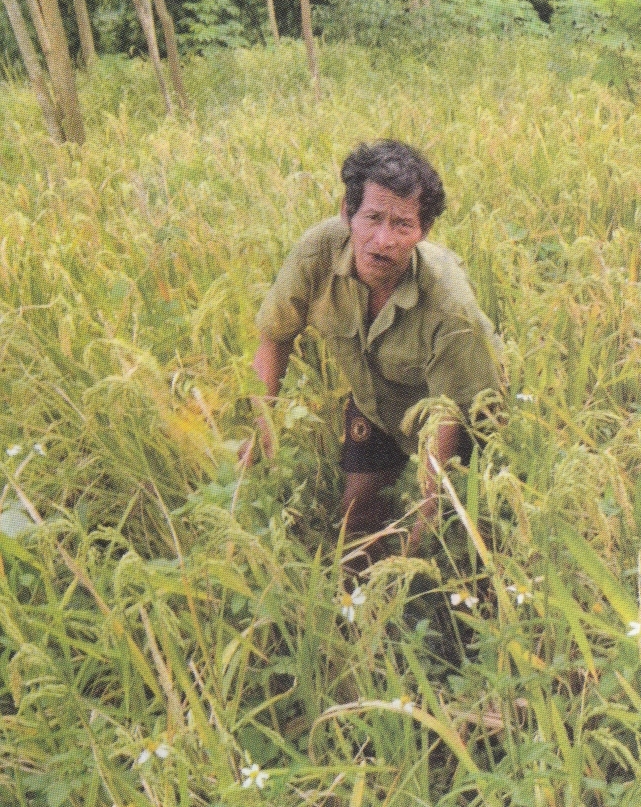 Residents of Cor ethnic minority group in Tra Tho Commune, Tay Tra District were offered compensation sums of up to US$43,880 (approx VND1billion) after being relocated for the construction of Nuoc Trong Reservoir.

The farmers’ dreams of changing their lives for the better after receiving the handsome amounts of money were shattered by the circling of loan sharks, putting them at risk of incurring heavy debts as well as other repercussions.

From his new house at the relocation quarter, Ho Van Tram, in his 70s, wistfully stared at his old village, a few hours’ walk away. His old village was no longer an idyllic neighborhood as construction of the reservoir began in 2007.

He shared had would never have imagined himself pocketing VND770 million ($33,895) as site clearance compensation, which then soon landed him in trouble.

All that remained was a mere VND200 million ($8,803) after the remainder vanished in an instant.

Upon his son’s admission that he had borrowed from the loan shark, Tram had no choice but to pay the usurer the sum.

The elderly father settled more of his son’s crippling debts following additional loans until he refused to do so as there was only around a quarter of the payout remained.

Many of Tram’s neighbors were also in the same circumstance, with most leaving home temporarily to work elsewhere or shun confrontation with their lenders.

Ho Van Khanh, 30, disclosed that a loan shark had just taken away his motorbike, his only asset left.

The public announcement of his parents’ compensation sums sent loan sharks along, who tempted him into borrowing money at exorbitant interest rates of up to 50 percent.

Verbal deals prevented Khanh from remembering precisely how much he had borrowed from the usurer. All he knew was that his loans ranged from VND7 million (US$308) to VND50 million (US$2,201) each time.

In need of quick cash, Khanh continued to procure loans until his lender’s announcement of a final loan of VND400 million (US$17,608), which was the combined total of his original loans and accumulated interest.

Desperate, Khanh turned to his father, who could only give him one-tenth of the needed sum as his father had divided his compensation payment equally among his siblings.

Ho Van Tap was the only debtor in the neighborhood to procure loans to do business.

He borrowed from some unknown men to buy a cow, four pigs and a three-hectare field and help his son purchase a motorbike.

According to Ho Van Nhit, head of Nuoc Biet Hamlet, around 20 out of 37 relocated households, who share the family name ‘Ho’, obtained high interest loans.

“The families with large compensation sums quickly ran up massive debts after their children were lured into borrowing from loan sharks only to squander it on luxury bikes and indulgences,” Nhit explained.

Ho Tan Vu, chair of Tra Tho Commune People’s Committee, observed campaigns held to raise residents’ awareness had been overshadowed. Local authorities also had their hands tied as the debtors failed to provide documents to prove their original loans and the relentlessly exorbitant interest rates.

Among the 158 households throughout the commune who were eligible for compensation payments, 70-80 per cent had obtained loans from usurers despite exorbitant interest rates and inevitable risks.

Dozens of police officers were deployed on the days compensatory payments were made, but police involvement still failed to keep usurers at bay.

According to Nguyen Van Quang, deputy director of the Nuoc Trong Reservoir Management Board, the project affected 450 households in Tay Tra and Son Ha districts.

Compensatory payments, made in three installments, amounted to VND342 billion (US$15,054).

“As the debtors failed to provide any papers as proof of their original loans and the sharks’ relentless interest rates, we have requested local police step in and resolve the problem,” Hoang Nhu Lam, deputy chairman of Tay Tra District People’s Committee, said.