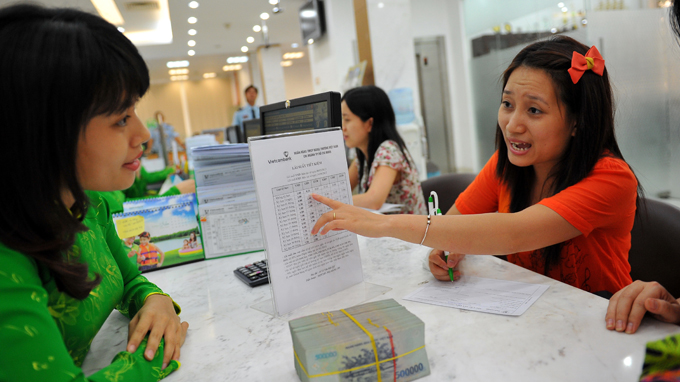 The State Bank of Vietnam (SBV) has decided to cut key interest rates by 1 percentage point starting May 10, 2013.

Nguyen Thi Hong, Head of Monetary Policy Department under SBV, said the central bank does not lower the dong deposit rate cap with maturity under 12 months due to reduced inflation in March, while the inflation in April did not increase significantly.

According to Hong, the ceiling depositing interest rate of 7.5 percent is now consistent with the inflation target. This is the maximum level, so local credit institutions can adjust the rate in accordance with their business plans.

Talking to Tuoi Tre, the leader of a large bank said it had to reduce the depositing interest rate due to capital surplus. Unlike last time, this time the interest rate is fixed and its branches are not allowed to pay extra money to lure depositors.