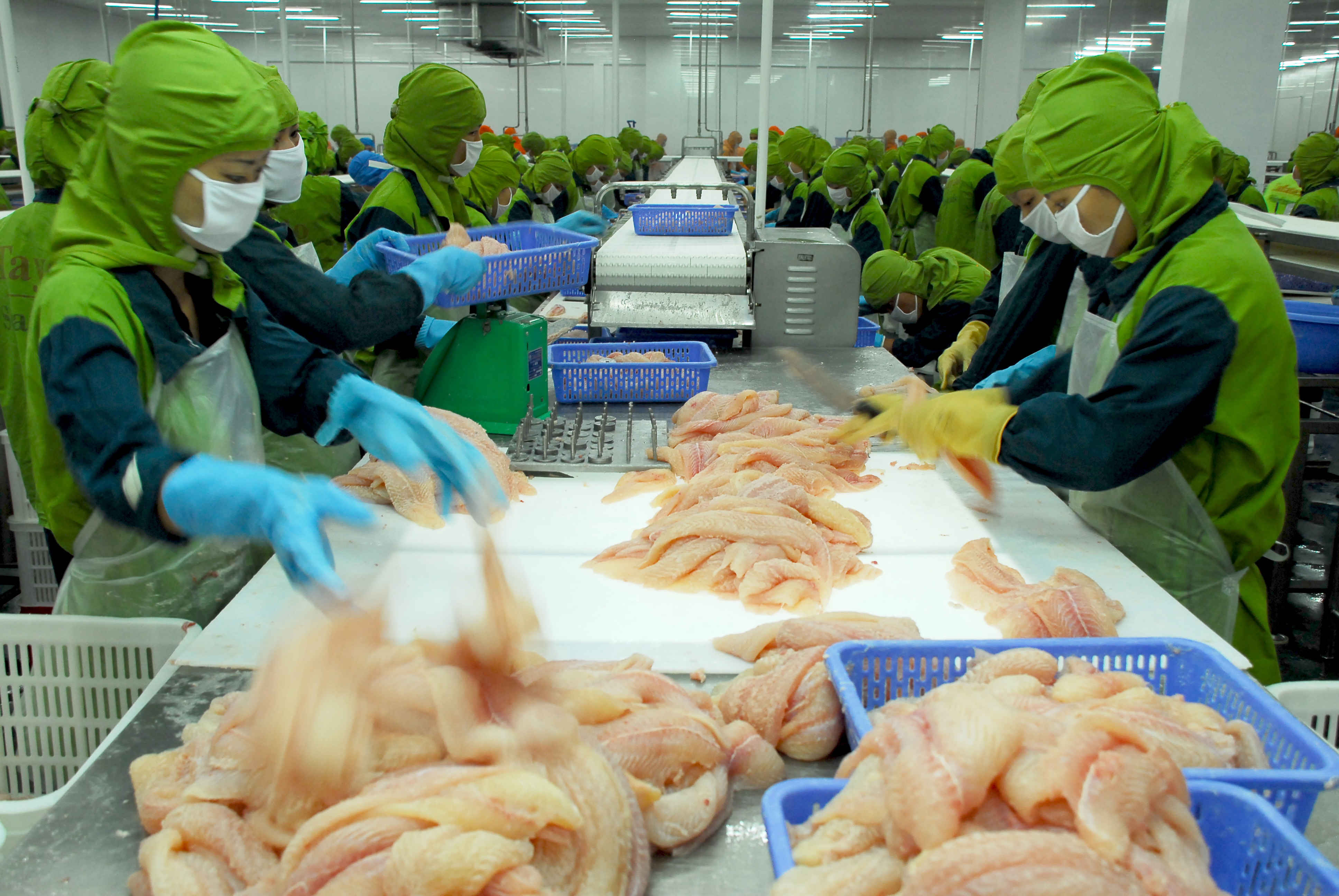 Seafood exports to US to face more hurdles

Vietnamese seafood exporters, especially pangasius processors and exporters, may face new challenges in exporting their products to the US next year if a new law takes effect, said a senior trade official at a recent seminar in Ho Chi Minh City.

Accordingly, if the catfish management program under the US Farm Bill 2012 is transfer from the US Food and Drug Administration (FDA) to the US Department of Agriculture (USDA), Vietnamese pangasius exports to the US will be in a big trouble, said Dao Tran Nhan, Vietnamese Minister Counselor for Trade in the US.

The US Senate and the US House of Representatives have held a joint meeting on the transfer, he said.

If the transfer is realized, the USDA will apply similar US standards to Vietnamese pangasius products, which means that the local farmers and exporters must meet the same standards from all the relating processes, from farming to processing and packaging, to be licensed to export to the US.

As a consequence, it will take local exporters and processors at least 5-7 years to meet such standards, and before that, local exports cannot export even 1 kg of pangasius product to the US, he added.

Currently, Vietnamese state authorities is trying to petition for the transfer, Nhan said.

In addition, the US authorities also have administrative review programs for Vietnamese pangasius product for levying anti-dumping taxes every year.

Previously, the US often took Bangladesh as the reference country to compare prices, but in 2012, it turned to Indonesia as the reference. As a result, the Vietnam Trade Office in the US Trade is working with lawyers and business consultants to address the problem.

But in fact it is quite difficult since the data gathered from Indonesia is more updated than that taken from Bangladesh. Indonesia is also the larger exporter of pangasius products compared to Bangladesh, and thus, easier to be picked as a representative for price reference.

According to Truong Dinh Hoe, general secretary Vietnamese Association of Seafood Exporters and Processors (VASEP), US is the biggest export market for Vietnamese seafood products with export revenues hitting $1.24 billion in January –October, up 22.26% compared to the same period last year.

In general, in the first 11 months of 2013, Vietnam earned over $20 billion from trade surplus with the US with main export items including footwear, seafood, and clothing.

With the projected export revenues, exports to the US will account for nearly 20% of the total export turnovers of Vietnam in 2013.