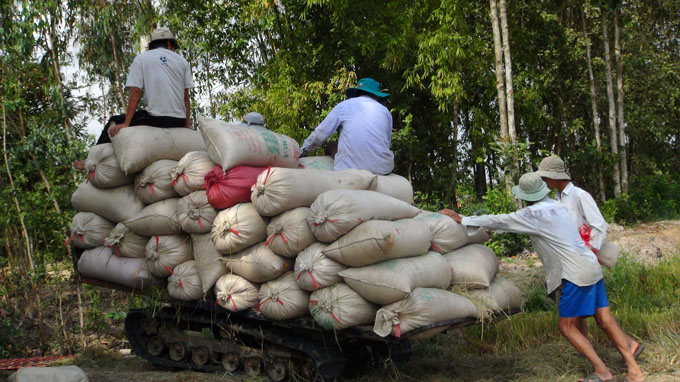 Vietnam won Tuesday a tender launched by the Philippines National Food Authority to sell 800,000 tons of rice to the Southeast Asian country, the procurer announced the same day.

The tender winner is supposed to transport the said amount of 15-percent broken rice directly to the NFA warehouses between May and August 2014 at prices ranging from US$436 to $441.25 a ton.

This is good news for Vietnamese rice growers and exporters, who have been suffering low prices and received few export orders.

As of Tuesday, Vietnamese exporters purchased 743,000 tons of rice from farmers in the Mekong Delta under a program to stockpile 1 million tons from March 20 to April 30, according to the Vietnam Food Authority.

The government usually launches rice stocking programs after each harvest season to maintain prices and ensure profits for the growers.

It is a tough task ahead for rice businesses to buy the remaining 257,000 tons to meet the deadline, which is only a fortnight away, the VFA said.