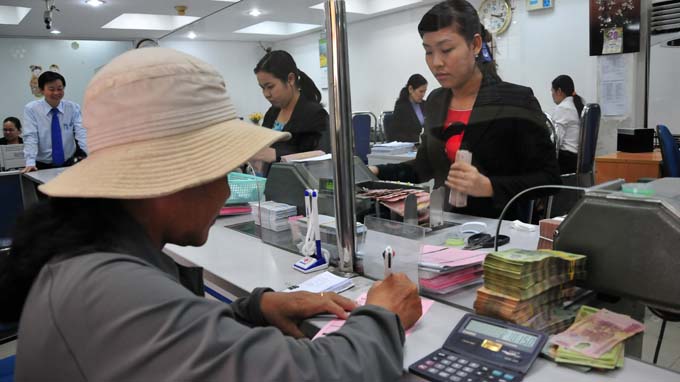 The Bank for Investment and Development of Vietnam (BIDV) has sold a 50 percent stake the state-run lender held in its joint venture – VID Public Bank (VPB) – to a Malaysian partner in an effort to increase liquidity for its restructuring process.

BIDV and Malaysia-based Public Bank Berhad (PBB) on Tuesday signed an agreement under which the Vietnamese bank will transfer its 50 percent equity in VPB to PBB. The deal enables VPB to become a 100 percent Malaysian-owned bank operating in Vietnam.

Shortly after closing the deal, the two sides also agreed to sign a written report to the State Bank of Vietnam (SBV) to seek for the official authorization for the transfer. PBB will submit another document to the SBV for the licensing of VPB as a wholly foreign-owned lender.

Though the value of the stake transfer was not revealed by BIDV in a press conference after the signing ceremony held in Hanoi on the same day, Tran Bac Ha, chairman of the BIDV Board of Directors, said the transfer price is higher than the par value of VND10,000 each.

Insiders told the press later that day the transfer price of the deal is higher than the current price of VPB stocks.

However, Ho Chi Minh Securities Corp (HSC) on Thursday said in its daily report to its client that BIDV had sold a 50 percent stake in VPB for about US$77 million.

VPB, established on March 25, 1992, was a 1:1 joint venture bank between BIDV and PBB. After increasing its charter capital three times, VPB’s current charter capital was around $62.5 million.

"This joint venture bank has been profitable in the past 22 years, and BIDV has collected its entire capital contribution to the joint venture. By now, it can be said that the stake transfer is quite profitable to us,” Ha said, adding that the money transfer is used to increase the financial capacity of BIDV.

The divestment from this venture has been given the green light by Prime Minister Nguyen Tan Dung and SBV Governor Nguyen Van Binh, Ha said.

VPB is one of the first joint venture banks licensed to operate in Vietnam. The bank is headquartered in Hanoi and has seven branches in other provinces.

Its total assets reach $356 million with outstanding loans topping $222 million, the bank said in the press conference in the Vietnamese capital.

As of the end of March 2014, the partly-private BIDV, coded BID on the Ho Chi Minh Stock Exchange, is the second largest bank in Vietnam in terms of both assets and registered capital with VND572.26 trillion ($26.9 billion) and VND28.1 trillion ($1.32 billion), respectively.

It stands behind the state-owned Vietnam Bank for Agriculture and Rural Development (Agribank) in view of assets ($34.3 billion) and the partly-equitized Vietnam Bank for Industry and Trade (Vietinbank) when it comes to registered capital ($1.75 billion).