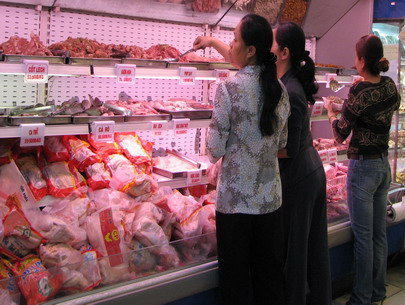 Vietnam halts poultry imports from US over bird flu fears

The Vietnamese Ministry of Agriculture and Rural Development has temporarily suspended poultry imports from the U.S., where a bird flu outbreak has now spread to 14 states.

The agency is in charge of veterinary issues in Ho Chi Minh City and 10 other provinces in southern Vietnam.

Products that have been purchased under contracts signed prior to the suspension and whose shipments are en route to Vietnam will be allowed to pass customs, but will undergo tightened quarantine checks, Binh added.

The ministry’s veterinary department has notified relevant agencies countrywide of the ban.

Virulent H5 avian influenza strains have spread to 14 states in five months and affected about 26 million birds in the worst outbreak of the disease in U.S. history, Reuters said Wednesday, citing the U.S. Department of Agriculture.

Many countries, including Mexico, Canada, China, Angola, and Russia have also temporarily stopped buying poultry and poultry products from the U.S. following the outbreak.

Vietnam has strongly increased its imports of frozen poultry meat over the last few years, and the U.S. is one of the main suppliers for the Southeast Asian country.

The country brought home more than 34,000 tons of frozen chicken, mostly legs, wings, heads and feet, in the first three months of this year, a massive 46 percent increase from a year earlier, according to customs data.

The imported frozen meat, fetching only around US$1 per kg, is much cheaper than poultry raised and slaughtered domestically, which thus hurts Vietnam’s chicken industry.

Frozen chicken is mostly used by firms that supply meals in large quantities for industrial parks, schools and hospitals and fast food restaurants.

The U.S. has been quarantining infected farms and culling birds in a bid to contain the deadly bird disease and prevent the virus from moving to neighboring farms, according to Reuters.

But some veterinarians now think the disease was transmitted between farms, according to Bill Hartmann, executive director of the Minnesota Board of Animal Health.