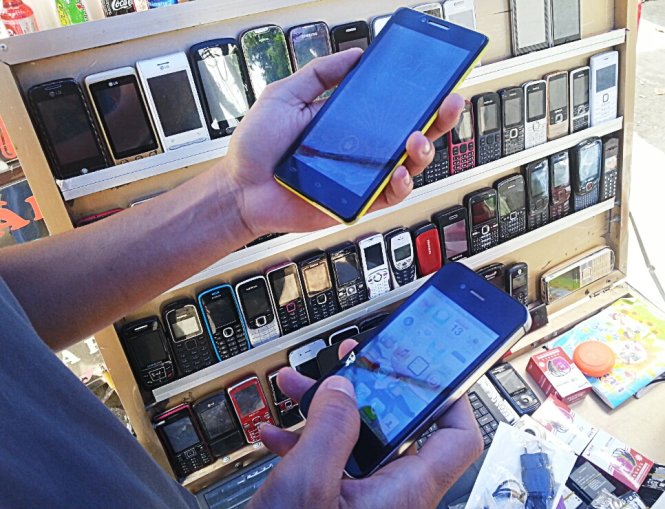 Vietnamese people using cheap mobile phones and tablets originating from China have had their money stolen through the installation of malware on the devices prior to sale.

Global data security firm Cheetah Mobile (CM) confirmed that over 17,200 low-price mobile phones and tablets pre-installed with malware have been sold to 153 countries, including Vietnam.

The devices run on the Android operating system, according to CM.

A limited-liaison investment company named Vinamob in Hanoi has been discovered “pick-pocketing” VND2.67 billion (US$118,700) from users of the Chinese-made mobile phones.

According to the Department of Information and Communications in the Vietnamese capital city, Vinamob has colluded with three companies headquartered in China to secretly install malware on digital devices before selling them to Vietnam.

The malware has caused those handsets to automatically send SMS messages to a service number, 8x61, subscribed by Vinamob.

Through the fraud, subscribers using those phones have repeatedly had the cost of the service deducted from their accounts without their knowledge.

On detecting the deduction, subscribers may not recognize the service and blame local mobile phone service providers for the unfamiliar charges.

It is a sum that easily recovers the initial loss created by selling mobile phones with malware at rock bottom prices in Vietnam.

The trick applied by Chinese mobile phone manufacturers is to collude with a digital company in Vietnam and in other countries to hire a legal service number to collect the service charge before suppliers discount their already cheap phones infected with malware.

The malware installed on a digital device allows Chinese companies control over that handset without the awareness of its user.

So, ad pages often crop up on the monitor of the phones pre-installed with malware, which can even neutralize or uninstall virus detecting software.

The malware is connected to a server placed in China, according to a CM survey on the retail website Amazon.

Ngo Tran Vu, director of the digital security company NTS, said a normal user is unlikely to be able to uninstall those types of malware from their devices.

So, a simple way for mobile phone subscribers to stay safe is regularly checking the balance in their account, he added.