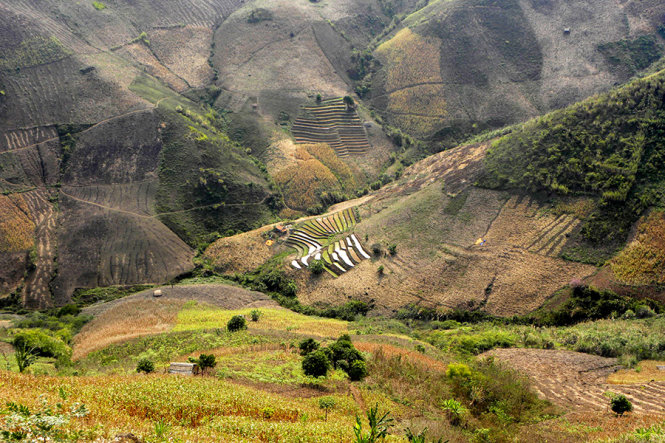 Tourism authorities of 12 provinces in northwestern Vietnam gathered at a conference on Monday to showcase their potential in a bid to seek cooperation and investment from their counterparts in Ho Chi Minh City.

The event, held in the downtown area of the southern metropolis, attracted 170 participants, including officials from the Ministry of Culture, Sports and Tourism, the Ho Chi Minh City administration, and multiple travel companies.

An increasing number of tourists from Ho Chi Minh City and other southern provinces have taken trips to Vietnam’s northwest region to enjoy the marvelous mountainous landscapes and experience the life, customs and culture of the ethnic minority groups there, according to the organizers.

The conference was therefore organized to introduce the tourist products of northwestern Vietnam, and the potential for further development there, in a bid to encourage Ho Chi Minh City travel agencies to offer more services to the region, the organizers said.

The event was scheduled to see talks held on possible cooperation programs, and the signing of an investment agreement between Ho Chi Minh City travel businesses and tourism authorities of the northwestern provinces.

For instance, Saigontourist, a leading Ho Chi Minh City-based tour organizer, would receive the investment license for an ecotourism complex in Bac Kan Province from the provincial administration during the conference.

The Saigon – Ba Be eco-park, which broke ground in September at the Bac Kan-based Ba Be National Park, is a four-star resort area featuring 30 bungalows, a 63-room hotel and a complex of restaurants and entertainment venues.

Even though total tourist arrivals to northwestern Vietnam have increased, there are still not as many international visitors to the region as there could be.

In 2014, 568,000 international tourists visited Sa Pa, the famous tourist town in Lao Cai, while only 21,360 foreigners spent their holidays in Ha Giang, according to the Vietnam National Administration of Tourism.