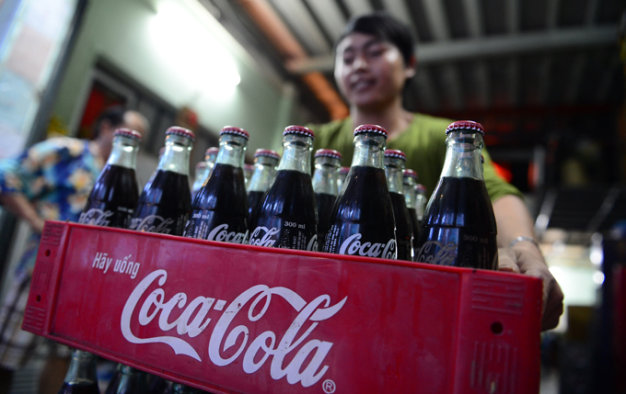 The Vietnamese subsidiary of giant soft drink maker Coca-Cola will undergo a thorough inspection by the Ministry of Health today, June 21, which company executives claim to be a scheduled, rather than impromptu, checkup.

A team of 14 health inspectors are examining the company's compliance on food safety, according to a decision signed by the ministry’s chief inspector on June 15.

The inspection includes a checkup at the company’s partners, including distributors, raw material suppliers and packaging contractors.

Coca-Cola Vietnam’s ‘health checkup’ will last 45 days from June 15. It came amid rising concerns among local consumers over the quality of many popular drinks.

Nguyen Khoa My, director of public relations with Coca-Cola Vietnam, said it is only one of several scheduled inspections by the Ministry of Health, and not one launched because of a specific cause.

“We are willing to work closely with the health inspectors during the course of the checkup,” My told newswire Dan Tri (Intellectual).

He said that all production phases at Coca-Cola Vietnam comply with the strict requirements of the parent company, as well as Vietnamese law.

The comprehensive check at Coca-Cola Vietnam is part of a plan to thoroughly inspect four major beverage makers operating in the Southeast Asian country by the health ministry announced in December 2015.

The list of firms on the radar in 2016 include Coca-Cola Vietnam, Suntory PepsiCo Vietnam Beverage, Wonderfarm and URC Vietnam Co. Ltd.

URC Vietnam is the Vietnamese subsidiary of Universal Robina Corporation, one of the largest food and beverage companies in the Philippines.

An inspection of the maker of the popular C2 bottled green tea and Rong Do energy drink in March found excessive lead content in some products, which led to a VND5.8 billion (US$259,144) fine for URC Vietnam.

Wonderfarm, known for its winter melon tea, passion fruit and bird nest beverages, is one of the leading brands of Interfood JSC, 80 percent owned by Japan’s Kirin Holdings Co. Ltd.