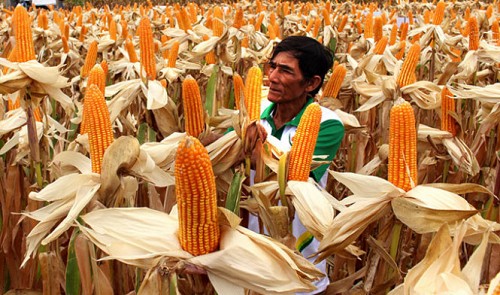 Dinh said at a conference on biotechnological crop production on Tuesday that GM maize yields are 25 percent higher than their traditional counterparts, offer higher financial reward.

“Featuring a resistance to pests, meaning that less pesticide is used, the GM variants also contribute to environmental protection,” he added.

According to Dinh, there are 16 varieties of genetically-engineered corn permitted for cultivation in Vietnam by the Ministry of Agriculture and Rural Development.

But the cultivation of the GM varieties is limited due to the seed’s price, which is more expensive than the F1 hybrids, and the current price of corn products is low.

Currently, about 200 metric tons of GM corn seeds are available in the Vietnamese domestic market.