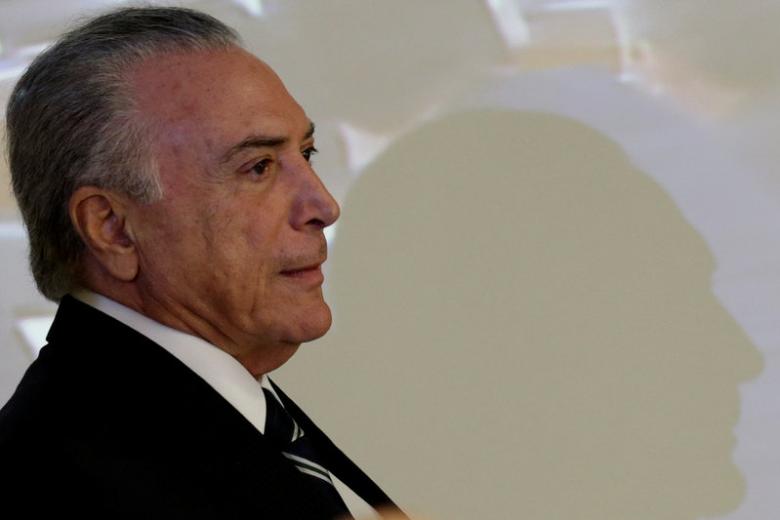 Brazilian President Michel Temer has provisionally suspended authorization for local coffee processors to import robusta beans from Vietnam, in a sudden reversal of this week's decree that marked the first time the world's largest producer would buy green coffee abroad.

"Temer has decided to temporarily suspend the measure to better evaluate the situation with other government bodies," the president's office said in a statement on Wednesday.

The decision to backtrack came after a meeting on Tuesday between Antonio Imbassahy, the government minister in charge of relations with Congress, and dozens of lawmakers with ties to coffee farmers.

Farmers fiercely oppose imports, saying they could bring unknown diseases to plantations. They also say there are enough local beans to meet industry needs until the new crop starts to hit warehouses around May.

But coffee processors, particularly instant coffee makers, say supplies are scarce and expensive. Soluble coffee producers say they are turning down orders from foreign buyers due to a lack of beans.

Agriculture Minister Blairo Maggi said he was convinced of the need for imports after an evaluation of stocks of robusta coffee, the type largely used for instant coffee. He said export data had already shown falling instant coffee shipments.

On Wednesday, after Temer had suspended the imports, the Agriculture Ministry said Maggi would not comment.

Temer will still have to publish a decree formally canceling the imports, since legal documents opening the market have already been published.

Coffee traders and processors are likely to hold back any imports, however, since the legal confusion could threaten unloading of Vietnamese coffee shipments into the country.

"It's tricky. Who would risk closing an import deal with that uncertainty?" said a coffee trader in Minas Gerais state.

Brazilian robusta coffee stocks have fallen sharply after two years of drought in the top producing state of Espírito Santo. The government estimated current volumes at around 2 million bags, which processors say is not enough to cover even two months of demand.