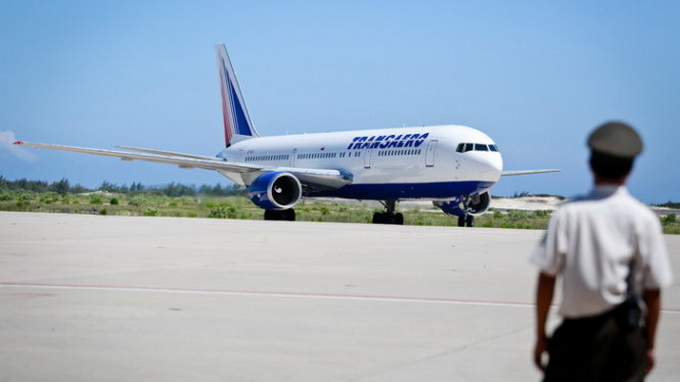 A new terminal under construction at Cam Ranh International Airport in south-central Vietnam’s Khanh Hoa Province might be falling short of its intended purpose to relieve the airport’s overload.

Construction of the second international terminal at Cam Ranh airport commenced last September as the airport braced under a surge of tourists visiting the neighboring beach city of Nha Trang.

Around 2.7 million travelers passed through Cam Ranh airport in 2015, far exceeding the 1.6 million yearly passenger capacity of the then-single terminal, according to the Civil Aviation Authority of Vietnam (CAA).

The terminal was expanded and upgraded at the beginning of 2016 to support up to 2.5 million passengers annually.

However, in the first eight months of 2016, the number of passengers handled by the airport was reported at over 3.3 million, giving urgency to the construction of an additional terminal.

According to developers, the second terminal will be built in two phases, with the first one slated to conclude in 2020, giving the terminal an initial capacity of 2.5 million yearly passengers.

By the time the second phase is complete in 2025, the terminal will be able to handle up to 4.5 million passengers each year, according to the project’s developer.

Even with the upgrades, the capacity is still expected to be too small to support the fast-growing number of tourists passing through the airport every year en route to Nha Trang, as Minister of Transport Truong Quang Nghia pointed out at a meeting with provincial leaders on Thursday afternoon.

Located 35 kilometers from the popular tourist city of Nha Trang, Cam Ranh airport is the nearest airport through which international travelers can access the coastal city.

“[Cam Ranh airport] is expected to receive up to 6.5 million passengers in 2017,” Nghia said. “The terminal will be overloaded even before it is finished.”

According to the terminal’s developer, its total investment is estimated at over VND3.7 trillion (US$167 million).

Parts of the terminal will be put to use as early as March 2018.