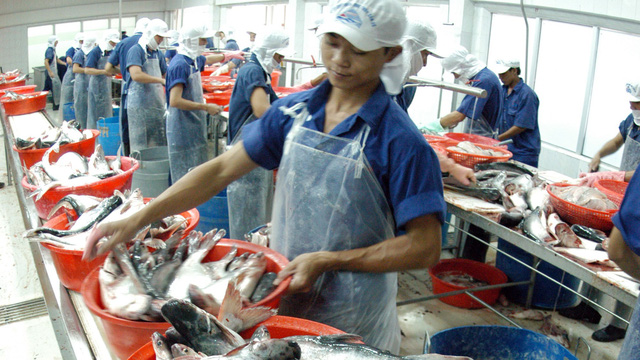 Vietnam has been given the equivalent of a ‘yellow card’ by the European Commission for failing to take sufficient action against illegal fishing.

The ‘yellow card’ is a warning given by the European Commission to any “non-cooperating country” in its fight against illegal, unreported and unregulated (IUU) fishing worldwide.

In a press release obtained by Tuoi Tre News on Monday, the European Commission explained that the decision to give the warning to Vietnam was based on the country “not doing enough to fight illegal fishing.”

The decision is a result of thorough analysis, takes into account the development of the country and follows a long period of informal discussions with Vietnamese authorities that began in 2012, according to the European Commission.

“Furthermore, Vietnam has an inadequate system of control over fish that are processed locally before being exported to international markets, including the EU,” the commission said.

“We cannot ignore the impact that the illegal activities of Vietnamese vessels are having on marine ecosystems in the Pacific,” Vella said.

The commissioner said the European Commission is willing to offer technical support, and called on Vietnamese authorities to “step up their fight so we can reverse this decision quickly.”

The European Commission underlined that the decision does not immediately include measures that impact trade.

The ‘yellow card’ is considered a warning and offers the opportunity for Vietnam to rectify the situation within a reasonable timeframe.

“To this end the Commission has proposed an action plan to support the country in addressing the shortcomings,” it said in the press release.

“Vietnamese authorities are now invited to engage in a formal procedure of dialogue to resolve the issues and implement the action plan.”

Vietnam’s seafood industry had been well aware of the impending warning from the European Commission.

In late September, the Vietnam Association of Seafood Exporters and Producers (VASEP), held a meeting to seek solutions to avoid the decision, however no significant improvements had been made since.

At the VASEP meeting, industry insiders said that the warning would put Vietnam’s seafood in jeopardy.

During the six-month ‘yellow card’ period, the country will have 100 percent of its shipments to the EU held for inspection before clearing customs.

The process will take up to four weeks and some 500 GBP ($675) per container, not to mention storage expenses charged by seaports, according to VASEP deputy general secretary Nguyen Hoai Nam.

“However, the biggest danger is that any yellow-carded country will experience a higher rate of rejection by international customs,” Nam warned.

“For instance, the Philippines now has 70 percent of its containers shipped to the EU returned, resulting in losses of up to 10,000 euro [$11,860] per container.”

Vietnam’s annual seafood exports are worth between US$1.9 billion and $2.2 billion, with the EU and U.S. markets each accounting for 16-17 percent.

The industry now faces the challenge of having its ‘yellow card’ revoked as soon as possible.

VASEP chairman Ngo Van Ich told Tuoi Tre (Youth) newspaper on Tuesday that the association is carefully evaluating the situation to come up with adequate solutions.

“There is a high possibility that the ‘yellow card’ will become a ‘red card,’ resulting in severe consequences for Vietnamese seafood, so we are trying our best to improve the situation before it is too late,” Ich said.