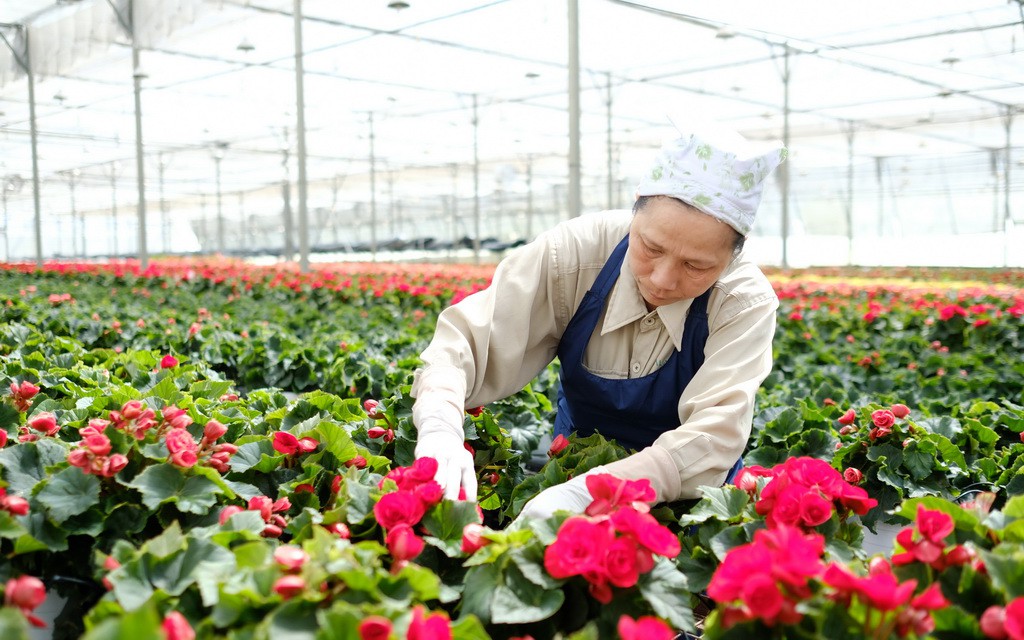 Editor’s note: Nguyen Thien Nhan is Secretary of the Ho Chi Minh City Party Committee, and a member of the Politburo – Vietnam’s top decision-making body. In this article – originally written in Vietnamese – submitted to Tuoi Tre (Youth) newspaper, he discusses the opportunity for the impoverished regions of Vietnam to escape poverty through the exportation of fruit, vegetables and flowers.

In the first nine months of 2017, Vietnam earnt US$2.62 billion through the export of fruits, vegetables and flowers, higher than the respective export turnover on crude oil ($2.2 billion) and rice ($2.04 billion) over the same period.

These numbers not only reflect a growing global demand for produce from Vietnam, but also open up pathways to prosperity for farmers in rural and mountainous areas.

A new solution to income disparity

The majority of farmers living in our country’s rural and mountainous areas earn an income far lower than those of us living in urban areas, and current efforts to narrow this wealth gap are not expected to yield significant results in the foreseeable future.

Living conditions in many rural areas, especially mountainous ones, still lack basic amenities, according to a 2016 report compiled by the General Department of Statistics.

If Vietnam maintains its current rate of reducing income disparity, it’s estimated that it would take another 15 years (until 2031) for its rural population to earn two-thirds as much as urban residents.

These statistics demonstrate the need to seek new solutions for improving the income of those living in rural and mountainous areas.

On a national scale, over the past 30 years the development of both the industry and service sectors has been the primary path toward increasing the size of the economy, an inevitable trend during economic restructuring.

Thirty years after Vietnam’s major economic reform, the quest to significantly improve productivity and income in the agricultural sector has become decisive given that agriculture is the biggest resource for rural and mountainous areas.

The development of industrial parks in rural provinces has not been fast enough for a number of reasons, while the possibility remains remote in most mountainous areas because of a shortage of land and proper transport infrastructure.

It is therefore likely that agriculture will serve as the primary pathway from poverty in these regions for dozens of years to come.

In reality, fruits, vegetables and flowers are increasingly considered the type of farm produce with huge export potential and to become a source of higher income for farmers.

Though fruits, vegetables and flowers are not included in a government plan to develop six national agricultural products by the year 2020, their collective export turnover in 2016 exceeded that of crude oil and rice – which are both included in the plan.

The result is a milestone for Vietnamese agriculture in that it also raises the question of whether the achievement is stable and long-term or merely temporary, and whether it signifies a golden chance to improve the income of farmers in rural and mountainous areas.

From the statistics around Vietnam’s traditional export products, we can safely say that fruits, vegetables and flowers have the potential to become the new star of Vietnam’s exports replacing rice, coffee, seafood and crude oil.

Son La Province in northern Vietnam has over 37,000 hectares of fruit-growing land. For the first time, in 2017, the province’s fruits and vegetables have been exported safely to Australia and China.

Another northern province, Lao Cai, has also dedicated over 400 hectares to fruit and hi-tech vegetable farming, which is expected to yield over VND200 million ($8,811) per hectare annually.

Additionally, the famous lychee fruit has provided northern Bac Giang Province with an annual income of VND137 million ($6,035) per hectare of farmland.

The development of fruits, vegetables and flowers into the key export products of Vietnam over the next ten years will allow each province to make the most of their available soil and weather assets, without relying on large areas of land for industrial parks.

In addition, the implementation of hi-tech farming methods will become a part of eco-tourism programs that explore the rural Vietnamese lifestyle, helping to further improve farmers’ potential income.