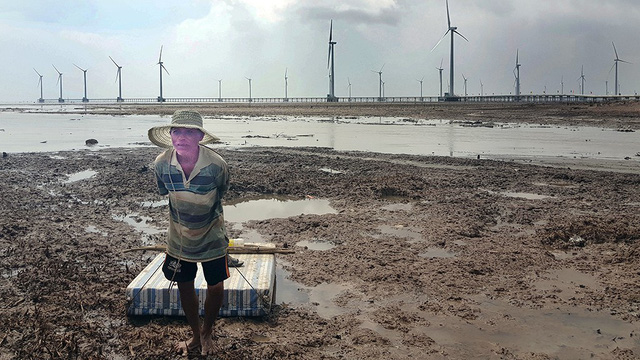 Investors who once rushed to invest in Vietnam’s fledging clean energy industry are now backing off due to unprofitability, further hindering the country’s dream of getting greener.

The low price of electricity produced by wind and solar farms, as well as the lack of any government subsidy or favorable loan package are the reasons cited by foreign investors for their withdrawal.

As of August 2017, up to 19 gigawatts of solar energy is potentially available in Vietnam via small-scale projects, according to Sonia Lioret, principal technical advisor and project lead of a joint energy support program run by Vietnam’s Ministry of Industry and Trade in cooperation with the German Corporation for International Cooperation (GIZ).

Additionally, over 100 large-scale projects are planned in the provinces of Dak Lak, Binh Thuan, Tay Ninh, Ninh Thuan, and Khanh Hoa, but only a handful have been officially approved for development.

The reason, Lioret explained, is that investors, relevant authorities of Vietnam, and local grid operators are all unfamiliar with how to implement such projects.

There are now multiple power generators in Vietnam, but all of them have been forced to sell electricity to one buyer, the Vietnam Electricity Corporation (EVN), which distributes power to consumers via five regional units in the north, central, and southern regions, Hanoi and Ho Chi Minh City.

A recent government-approved decision to raise EVN’s buying price for solar power to 9.35 cents per kWh had been expected to attract more investors.

However, technical barriers have been cited among the reasons turning investors off Vietnam’s clean energy industry.

Most of Vietnam’s solar and wind farm projects are concentrated along the south-central coast and in the Central Highlands, where winds blow strong and sunshine is plenty, making it possible to produce clean energy on a large scale.

In fact, this poses a risk of overload on the local power grid, as the immediate demand for energy in these provinces is not as high.

Another reason, experts have pointed out, is that the deadline for solar investors to enjoy the favorable price of 9.35 cents per kWh is June 30, 2019, deemed to be too short a period of time for them to yield much profit.

Investors have also been challenged with getting access to loans, as independent funds are deemed too risky a venture, while local banks are unfamiliar with approving loans for clean energy projects, GIZ claimed.

As solar energy grapples with these difficulties, wind power has even more challenges.

According to an official for renewable energy at the Ministry of Industry and Trade, as of August 2017 there had been around 50 registered wind power projects in Vietnam with a combined generation capacity of 3,000 megawatts.

However, only five have gone into operation, with total installed capacity at 190 MW.

Bui Van Thinh, director of the Thuan Binh Company that has invested US$24 million in a 24 MW wind farm in Binh Thuan Province, said the low buying price of wind power has discouraged investors.

“At the price of only 7.8 cents per kWh, we have merely managed to pay our debts, loan interest and overheads after one year of operation,” Thinh said.

“Banks consider this rate too low, and an ineffective return on investment, making it difficult for us to take out loans,” he explained.