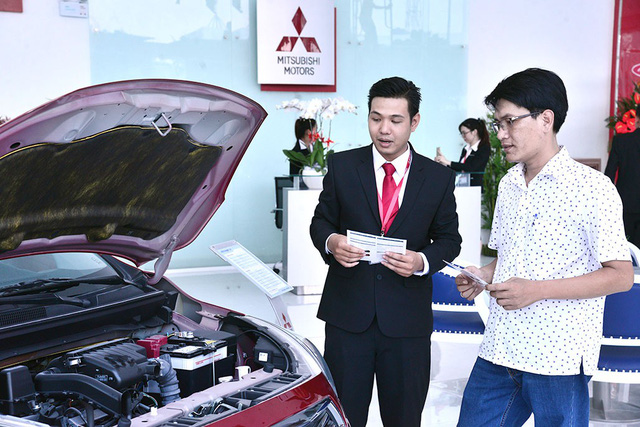 ​Many carmakers join Honda, Toyota in suspending exports to Vietnam

Toyota Motor and Honda Motor are not the only two carmakers to suspend exports to Vietnam from the beginning of this year, when the Southeast Asian country started applying stringent checks on imported vehicles.

The two Japanese automobile manufacturers made headlines earlier this week after announcing that they have halted exports to the Vietnamese market in the wake of the implementation of the Decree 116, announced in October.

Pham Anh Tuan, head of the policymaking unit of the Vietnam Automobile Manufacturers Association (VAMA), has confirmed that Honda, Toyota and “some other foreign carmakers” will stop exporting vehicles to country due to Decree 116.

The new rule came into effect at the same time when Vietnam scrapped the 30 percent import tariff for cars imported from within the Association of Southeast Asian Nations (ASEAN) starting on January 1.

Local consumers had anticipated to be able to buy cars at cheaper prices following the tariff removal. However, the strict requirements set by the new decree have left consumers disappointed, with carmakers now lamenting that they cannot import new stocks to meet their demand in the coming time.

Toyota said on Tuesday that it has halted all production for export to the Vietnamese market.

The Japanese automaker manufactures locally in Vietnam, but imports from Thailand, Indonesia and Japan account for around one-fifth of what it sells in the market, or 1,000 units per month. Models imported include the Hilux pickup trucks, Yaris subcompacts, sports utility vehicle Fortuner and the luxury car Lexus.

Some importers have sourced a few hundreds of units before the January 1 deadline for customers who made upfront deposit, but the supply is too modest compared to the high demand.

Car importers say the required papers are not issued by the exporting countries, so it is impossible for them to meet the requirements to resume imports.

A Honda Vietnam representative said no guidelines have been issued to help carmakers prepare the necessary paperwork.

“We have been exerting effort to resolve the problem but no changes are made,” he said. “Even when the cars arrive at seaports here in Vietnam, they are unable to clear customs.”

A representative from Ford Vietnam also predicted that there will be a scarcity of the company’s imported units for Vietnamese consumers in the future due to Decree 116.

A Toyota dealership in Ho Chi Minh City said it is already falling short of supply for such models as Yaris, Hilux, Fortuner and Lexus.

Toyota has a factory in Vietnam but still has to import thousands of units from its production facilities in Thailand, Indonesia and Japan on an annual basis.

The Japanese automaker manufactures locally in Vietnam, but imports from Thailand, Indonesia and Japan account for around one-fifth of what it sells in the market, or 1,000 units per month

Many customers who want to have a new car to celebrate the Lunar New Year, or Tet, in mid-February have had to switch to purchase domestically made vehicles.

Cars of older models have emerged as sought-after and had their prices spiked, following the short supply of imported units.

An official from Vietnam’s Ministry of Industry and Trade said the export suspension from foreign carmakers will not affect the automobile market as “the demand and supply is driven by market forces.”

He said the new policy may cause some problems at first, but businesses are also required to obtain the certifications once.

Besides the Vehicle Type Approval certification, Decree 116 also stipulates that every batch of car to be imported to Vietnam pass emission and safety tests. Those checks used to be conducted for the first shipment of each model only.

Nikkei Asian Review quoted the Japanese Chamber of Commerce and Industry in Vietnam as saying that an emission test could take two months and cost up to $10,000. But the official from the Vietnamese industry ministry said the cost is only $500.