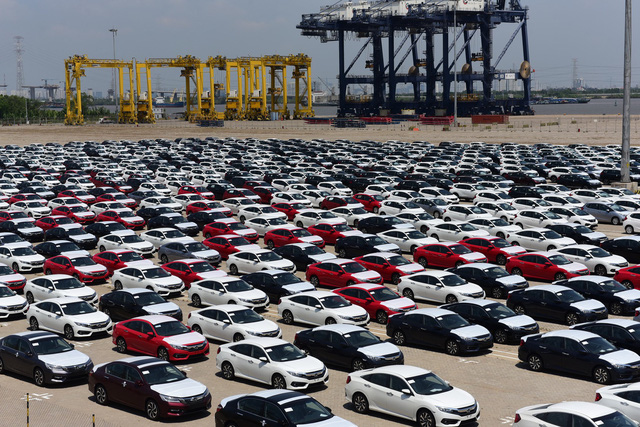 Vietnam’s car sales fell sharply in February, declining 29 percent from a year earlier to 12,394 units, according to data released by the Vietnam Automotive Manufacturers Association (VAMA).

Sales in February fell 52 percent from January, VAMA said in a statement.

Dealers said buyers refrained from buying new cars as they were waiting for prices to fall later this year after an import tax on cars from other countries in Southeast Asia is slashed to 0 percent from 30 percent.

Truong Hai (Thaco) group, the local assembler and distributor of brands such as Kia, Mazda, Peugeot and Hyundai and a significant player in the commercial vehicle segment, reported a 33 percent decline in group sales to 5,188 units.