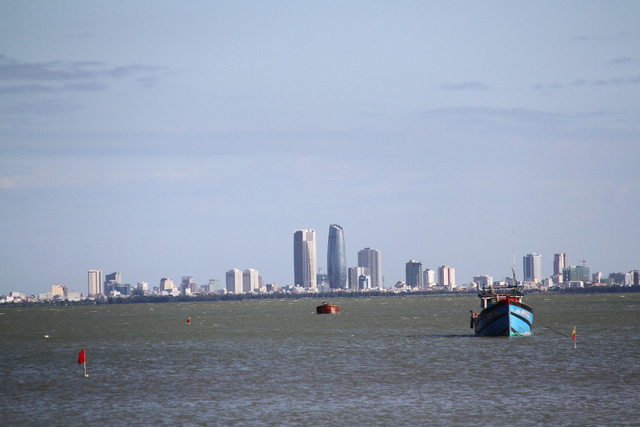 The administration of Da Nang has proposed building a modern urban area along the shore of the city’s bay in an effort to generate greater growth for the central metropolis.

Part of the stretch of land around Da Nang Bay, a water region located to the north of the city, may witness the appearance of a special area with spectacular architecture and notable services in the next two decades.

This was emphasized in a report on the general planning for economic and social development discussed on Monday by the municipal People’s Committee in a conference attended by the city’s key leaders.

The committee aims to use Da Nang Bay to increase the city’s stature.

The reason, it said, is that the bay’s potential has not been fully leveraged despite its international reputation as a beautiful location.

The future coastal urban area is expected to draw tourists and investors alike.

It is necessary first to introduce an investment and construction policy and appropriate planning for the bay, according to Tran Du Lich, a member of a group advising the Vietnamese prime minister.

He pictured the envisaged urban area as bearing the modernity of Dubai, able to generate enormous economic benefits.

Tourism and resorts will be developed, and a program advertising Da Nang’s image to foreigners will be formulated.

The general planning for socio-economic growth in Da Nang by 2035, produced by prestigious specialists, is regarded as seminal to the orientation of the city’s future evolution trajectory.

Da Nang Bay is partly surrounded by a shoreline around 30 kilometers long, stretching in a semi-circle from Son Tra Peninsula, to the northeast of Da Nang, to the foot of Hai Van Mountain, to the north.

Sitting near international sea routes crossing the East Vietnam Sea, the bay has a strategic position in commerce.