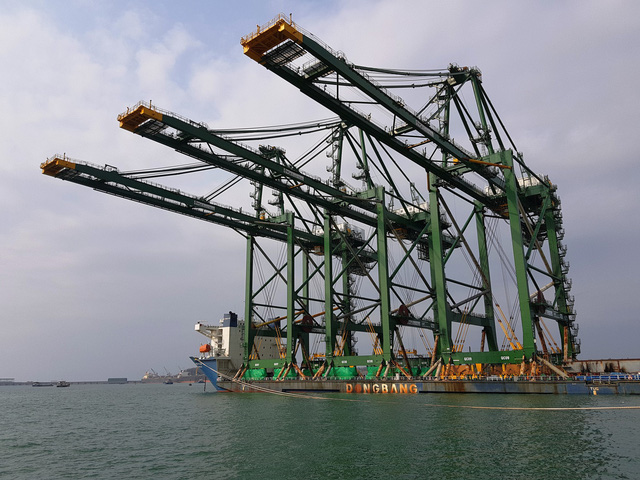 A shipment of giant ship-to-shore cranes developed by a Vietnamese company began their journey to an Indian port on Wednesday as part of a multi-crane contract between the firm and its foreign partner.

They were manufactured by Doosan Heavy Industries in Vietnam, an enterprise established under relatively recent policy reforms related to foreign direct investment in the province.

Capable of handling containers weighing up to 65 tonnes, each crane weighs 1,400 tonnes, stands 84 meters above the ground, and measures 144 meters in length and 26 meters in width.

These structures, towering 20 stories above the ground, constitute the third batch commissioned by India in an order for 12 rail-mounted quay cranes in 2018, with the first and second batch having been delivered in early and late 2017, respectively.

The cranes exported in this shipment are the largest of the 70 models produced by Doosan Heavy Industries in Vietnam, and hold high regards amongst the world’s super cranes, according to Park Hong Ook, the company’s general director.