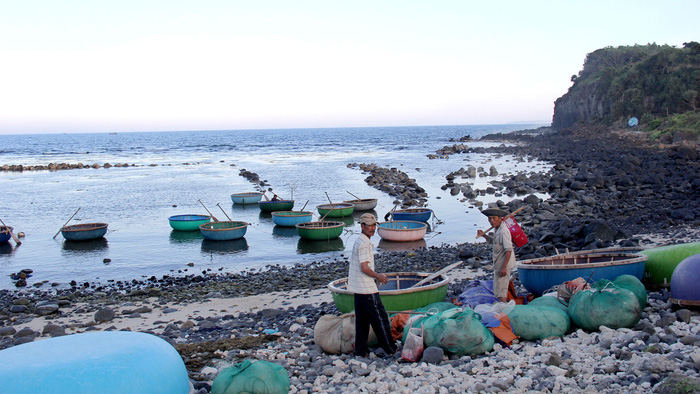 The administration of the central province of Quang Ngai Province has attracted criticism for providing unusual support for a proposal to develop a seaside resort by a local realty conglomerate.

The proposed FLC Binh Chau – Ly Son resort complex, to be developed by FLC Group, is expected to span thousands of hectares along the beaches in Binh Son and Ly Son Districts upon completion

Even though the proposal has yet to receive official approval for development, the Quang Ngai administration, led by chairman Tran Ngoc Cang, has called on “the entire political apparatus” to provide whatever support FLC Group may need to commence construction of the project on May 19.

In its first phase, the FLC Binh Chau – Ly Son resort is planned to be built on a 1,243 hectare plot of seaside land, spanning across four communes in Binh Son District and the Be (Small) Island in Ly Son District.

The massive project is expected to feature such luxury items as an 18-hole golf course, a five-star hotel, a 1,500-seat convention center, modern shopping malls, eco-villas and ocean-view resorts.

The project’s second phase will see its premises expanded to 3,890 hectares, covering a plot of land previously allocated to a local industrial park.

Residents living within the project’s planned area will be relocated, and public access points to the beaches will be available every eight kilometers, according to development plans submitted by FLC Group.

In separate statements made on April 11 and April 18, Cang, the Quang Ngai chairman, affirmed that the provincial administration was in complete agreement with the plans for both phases of the resort project.

The local government also asked a border guard unit in Binh Hai Commune to relocate its planned watch station to make room for the upcoming resort.

The Quang Ngai administration has even established a special council made up of officials from different regulatory agencies, presided by deputy provincial chairman Nguyen Tang Binh, to “provide all support needed for the project to break ground on May 19, 2018.”

In multiple letters and directives concerning the FLC Binh Chau – Ly Son resort project, the government of Quang Ngai persistently stressed the need for “the entire political apparatus to resolve on standing by [FLC Group’s] side to help them overcome any challenges and obstacles.”

No official approval for the development of such a project by FLC had been made as of Saturday, Do Minh Hai, director of the provincial Department of Natural Resources and Environment, told Tuoi Tre (Youth) newspaper.

The developer has not submitted any feasibility study and environmental impact assessment report for the project, a crucial requirement for construction to begin, Hai said.

The provincial decision-making People’s Council, responsible for approving local government policies and budget spending, has not made any decision on issues related to the resort project, according to its deputy chairwoman Dinh Thi Hong Minh.

Minh was referring to such issues as the use of the local budget to make advance compensation for residents affected by site clearance, and the project’s occupying of areas meant for national defense purposes, she said.

In the meantime, the province’s chairman Cang believed that the media had been reading too much into his call for “the entire political system” to support FLC Group’s project.

“We only do what we can as government officials to help the developer speed up with administrative procedures and site clearance,” Cang explained in a phone call with Tuoi Tre on Saturday.