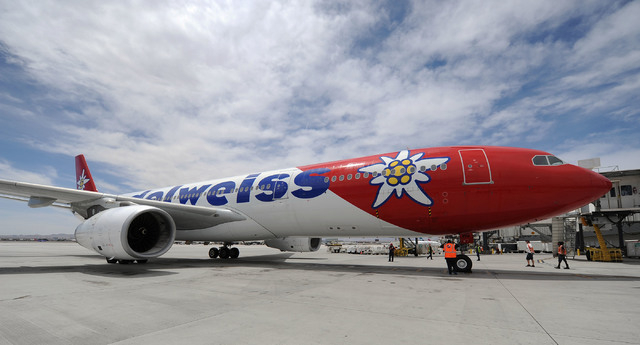 A nonstop service between Vietnam and Switzerland is slated to launch in November 2018, the chief executive officer of a leisure carrier owned by the Swiss national airline said on Wednesday.

Under the company’s Asia expansion plan, travelers to and from the continent will have shorter commuting times and travel and trade will be encouraged.

The first direct flight will be put into operation in November 2018, at a frequency of two flights per week, Bauer said at the announcement meeting in Ho Chi Minh City.

Some ticket agents have already accepted booking reservations for the route, according to data gathered by Tuoi Tre (Youth) newspaper.

Bauer also revealed that Edelweiss set a target to bring about 10,500 passengers from Switzerland to Ho Chi Minh City as Vietnam continues to emerge as a popular destination for Swiss nationals.

According to data from the General Statistics Office of Vietnam, there have been more than 16,500 Swiss visitors to the country in the first five months of this year, up 4.2 percent from the same period in 2017.

On the other hand, Vietnamese holidaymakers also spent over 15,000 nights in Switzerland in 2017, a rapid increase from only 7,000 nights in 2014, Urs Eberhard, vice-president of Switzerland Tourism, said at the announcement meeting of the nonstop flight.

In addition, Edelweiss is currently working with some travel businesses in Vietnam to build Vietnam-Switzerland tours, following the launch of the direct flight.

It is forecasted that in the next three to four years, the growth rate of passengers on this straight route will be around ten percent per year.

Edelweiss is the leading Swiss leisure travel airline taking tourists to the most popular holiday resorts in many beautiful destinations around the world.

The airline currently operates flights to 68 destinations in 33 countries.